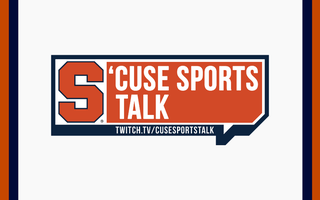 Derrick Coleman will host a “Players Only Watch Party” on ‘Cuse Sports Talk LIVE on Twitch (www.twitch.com/cusesportstalk).  The interactive watch party will take place on Saturday night starting at 9:30pm as SU takes on Houston.  Coleman will share the screen with other SU greats including Sherman Douglas, Billy Owens, Roosevelt Bouie, John Wallace and Lawrence Moten.

The Twitch platform will allow for fans to interact with the “who’s who” of SU Basketball and allow for an intimate behind the scenes view of the exciting game through the eyes of ex-players.  “This group of SU Basketball Alumni are always interacting and talking and texting during the SU games.  By putting them on twitch, SU fans will be able to truly get a sneak peek at how these legends view the game today!  We know that this will be a very entertaining addition to the exciting game,” said Ed Levine, President and CEO of Galaxy Media.

Fans can join Coleman and friends on their second screen to see how the SU Greats interact while watching SU hoops!   Fan can watch from the Twitch TV app or at www.twitch.tv/cusesportstalk.