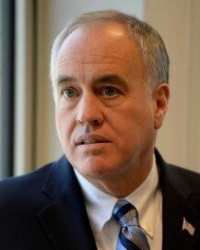 “Cecile, DeCarlo and Murray were supposed to help the students of Syracuse graduate from high school,” DiNapoli said. “Instead, these educators helped themselves by allegedly tricking the district into paying them for services that never occurred. My office will not relent in its commitment to rooting out corruption. Thanks to District Attorney Fitzpatrick for his continued partnership in combatting fraud.”

“My office has always taken fraud and corruption seriously, but it is particularly troubling when children in our community suffer because misguided educators act selfishly. Once again, it has been a pleasure to work with our great Comptroller Tom DiNapoli and his staff in ensuring that public servants do not abuse the public trust. I thank Superintendent Jaime Alicea for his cooperation in this investigation and, like him, I feel that this case is an anomaly and does not reflect on the hardworking dedicated teachers of the Syracuse City School District,” said Onondaga County District Attorney William Fitzpatrick.

The Syracuse City School District’s Twilight Program is an after-school credit recovery program located within Syracuse’s Henninger High School for students in need of support in order to graduate on time. Through an intensive investigation in partnership with the Onondaga County District Attorney’s Office, the three employees were found to have allegedly engaged in a scheme to regularly leave their jobs at the program early, and to submit false time sheets that stated they were at work. They also allegedly created a fake home visit log to falsely claim they were visiting Twilight students at their homes. In order to further their scheme, Jason Cecile and Nichole Murray also allegedly added phony Twilight classes to a roster to make it appear as if there were actual classes that needed to be taught. Murray then allegedly padded her time sheets with hours from these non-existent classes.

Cecile, DeCarlo and Murray were arraigned in the City of Syracuse Court and released on their own recognizance. Murray is due back in court on June 3rd, and the next court date for both Cecile and DeCarlo is to be determined.