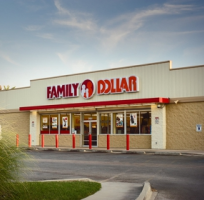 Town of Salina, New York – The Onondaga County Sheriff’s Office reports that Detectives have charged two men in connection with an altercation that occurred yesterday afternoon inside the Family Dollar Store in Shop City Plaza.

Yesterday afternoon at approximately 12:39 p.m., Sheriff’s Deputies responded to a harassment complaint that occurred at the Family Dollar located at 151 Shop City Plaza. The victim, identified as an employee of Rainbow, a neighboring store in Shop City Plaza, called to report that she was involved in a verbal dispute with a Family Dollar employee who shoved her out the store doors causing her to lose her balance and fall to the ground. While deputies were en route to the store, a second 911 call was received reporting that someone had been stabbed.

Deputies investigating the incident report that the female victim’s significant other had arrived at the scene and confronted the Family Dollar employee. During the confrontation, the incident escalated when the Family Dollar employee displayed a knife and the other male picked up a metal step stool. The two began assaulting each other resulting in injuries to both men.

Both men were arraignment yesterday evening in Centralized Arraignment Court and were pretrial released.