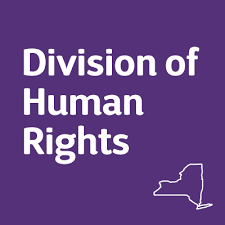 The Division of Human Rights and the Department of State today launched an investigation into a Staten Island real estate attorney who reportedly included an anti-Asian statement – calling the coronavirus emergency the “Chinese Wuhan Virus emergency” –  in nearly three dozen eviction notices filed in New York City Housing Court.  The agencies will investigate to determine whether the inclusion of this biased language was an attempt to harass and intimidate tenants of Asian American Pacific Islander heritage, and whether the attorney should lose her notary license.

Interim Commissioner Johnathan J. Smith said, “Bias and intimidation have no place in the court system – or in New York State. We as New Yorkers must speak out against hate-filled rhetoric whenever we encounter it. The Division of Human Rights will continue to take action to ensure that tenants are shielded from discrimination and offered every protection of the law, while also holding bad actors accountable for their discriminatory behavior.”

New York State Secretary of State Rossana Rosado  followed stating, “The Department of State is committed to vigorously enforcing New York’s laws as they relate to licensed professionals across the state. We will be undertaking a full investigation into these deeply troubling allegations in partnership with the Division of Human Rights.”

In November 2020, the New York court system required that new eviction petitions include a notice to the tenants that special “coronavirus emergency” defenses existed.  It was reported that Nichole E. Lee, a Staten Island attorney specializing in representing landlords, altered these legally mandated notices to state “Chinese Wuhan Virus Emergency” in 35 eviction cases.  After being alerted to these alterations, the courts quickly dismissed all 35 of the eviction cases that included the biased language.

The New York State Human Rights Law prohibits agents of landlords from harassing or discriminating against tenants based on race and national origin. The agencies will launch a joint investigation to determine whether altering the language on these notices was an attempt to unlawfully harass and intimidate tenants and violated the law.  The Division of Human Rights will examine whether the intent of the notice was to harass and/or chill the rights of tenancy of certain protected classes, and the Department of State, which oversees notary public licenses, will investigate to determine whether the attorney’s decision to alter these court documents demonstrates untrustworthiness.

This measure builds on Governor Andrew M. Cuomo’s efforts to address bias aimed at the  Asian American Pacific Islander community.  This month, Governor Cuomo directed the Division of Human Rights along with other state agencies to hold a virtual town hall and a series of listening sessions to address issues impacting the AAPI community. Earlier this year, Governor Cuomo launched a new website at ny.gov/stopasianhate with resources to address the recent rise in anti-Asian bias incidents. Governor Cuomo also announced that the state’s language access policy would expand to include four additional languages to ensure that all New Yorkers are able to receive state services.  Additionally, earlier this month, Governor Cuomo signed legislation extending eviction protections to tenants undergoing economic hardship through August 31, 2021.