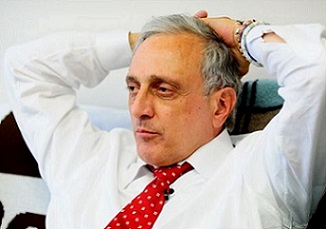 Onondaga County Executive Joanie Mahoney is the only elected local republican to call out Carl Paladino for his clearly hateful and racist comments. He responded to a survey sent by a Buffalo area alternative newspaper. “Obama catches mad cow disease after being caught having relations with a Herford,” he wrote. And Paladino’s responses simply go downhill from there. 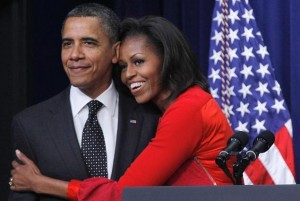 This is the time for our community to gather and send a message to these officials, that behavior displayed by Carl Paladino is not acceptable. For those who are constantly calling for protest and direct action. It’s right here in front of us, March on the Onondaga County Legislature, March to the Onondaga County Republican Headquarters. But I seriously doubt if anyone will follow my clarion call for action.

People in Syracuse only march for show. When a clear and present hazard exists, we sit down and do nothing. Therefore, we have the government we deserve. I dare anyone to join in this display of direct action. I refuse to walk in a circle for nothing, but Paladino and people like him have to be fought, tooth and nail.

Otherwise, we are the beasts, he seeks to describe. Get up off your asses Syracuse. We’ve had enough directionless walks in circles. We know what Carl Paladino thinks of African Americans, now it’s our responsibility to show him and the general community how we feel.

There are those who claim that Mr. Paladino has a First Amendment right to speak his mind. However, when you’re a City of Buffalo, Board of Education member you are an elected representative therefore, when you speak and tweet and text it’s no longer protected speech. Now you represent a diverse population. Given his nuclear rhetoric, can Carl Paladino participate in setting and maintaining policy for an urban school district with a large African American population?  No.

Paladino should not serve another day on the Board of Education, in position to influence the lives of Black children. Not one more day or week. He’s an immediate hazard.

Another mindset is “let the voters decide” at election time. It’s up to them whether to keep the racist flame thrower Carl Paladino in office.

Ethics and standards of public office were broken by Paladino. I question anyone, who has a defense for his continued service on the Board of Education. As an unelected private citizen, Carl Paladino can say what he wants, as long as it’s not having a say in the education of African American children.