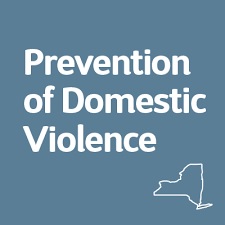 When a local funeral home speaks out, it’s time to take notice. Charles Blakney Garland the owner/manager of Garland Bros. Funeral Home made a plea to the public via Facebook, following the multiple arrests involving a Syracuse Police Officer and Domestic Assault.

Reportedly in September, Ahmad H. Mims was arrested after allegedly beating his girlfriend and holding his gun to her head. Mims recently, arrested again in violation of protection orders issued by a Court of Law.

“Someone in authority needs to be held accountable for enabling this continued behavior and tell us why as taxpayers we’re still paying this guy’s salary. There’s one inevitable end to this. I’ve buried too many victims of domestic abuse. Get him the help he needs, if he wants it, or do we need one more victim before action is taken?” – Charles Blakney Garland

The New York State Domestic & Sexual Violence Hotline (1-800-942-6906) offers help and information 24 hours a day in English, Spanish and other languages. Individuals who are deaf or hard of hearing can call 711.

New York State supports and funds community-based programs to assist victims of domestic and sexual violence and other crimes, including these Domestic Violence Resources, a network of victim assistance programs funded by the state Office of Victim Services, and Sexual Assault and Violence Response (SAVR) Resources—a multi-lingual resource created by SUNY to support SUNY students or any New Yorker in need of information and support.