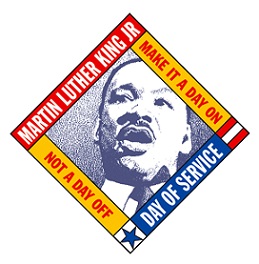 This year marks the thirty-seventh (37) Historical year that this event has taken place at the New Southern Rock Baptist Church in Washington, D. C.  Many accolades and applause were expressed as the program engaged community participants to come together, Celebrate the Dream and to “work on the dream”.  The committee for this year consisted of the church family at-large, Pastor Rudolph White, officials, Trustee Walter Young, Ermyn Roberts, Hazel Wood, Ann Young, and other auxiliaries.

This program has made history at the church, as it was spearheaded by the Minister of Music Emeritus, Dr. Joan Hillsman (now relocated to Syracuse, New York), before Dr. King’s day became a national holiday. Dr. Hillsman held a “one-hour” service where citizens, especially those essential workers who did not have the day off, could stop by, have lunch, listen to recordings of Dr. King, then returning to work. Over the years this celebration has grown from approximately eight (8) to approximately two-hundred people. All of the money raised at this event goes to support the Martin Luther King National Monument.  Prior to the erection of the monument on the mall, the funds were sent to Atlanta, Georgia, Center for Social Change.

This year’s participants included poetry, tributes, music, dance spoken words, Prayers for our leaders and nation along with other. reflections. Dr. Hillsman’s flight to Washington, D.C. since relocating seven years ago, began with her attending the Wreath Laying Ceremony, for which Martin Luther King, Jr. lay the wreath) at the Dr. King Monument before going to the church event.  Surprisingly, one of the monument sculptor gave her “a piece of the rock that was left over from the erection of the  monument.  Dr. Hillsman also serves on the Syracuse University Annual Event. Among the participants were, Prof. Latonya Wren, and the Bowie State University Gospel Choir, Dr. Emory Andrews, Dr. Lucy Young, and the Performing Arts Ministry,  Angela Allen, Soloist, The NSR Mass Choir, Directed by Minister of Music Reginald Anderson, Brother Henry Smith, Jordan Culmer, youth soloist and others.

After receiving the sad news of the passing of the legendary gospel artist, Edwin Hawkins (O’ Happy Day), the audience paused to sing his legendary song.  The Tucker Missionary Baptist Church of Syracuse, NY, Pastor DeCarto Draper, and Minister of Music, Eric Dickson, too, have joined in at the same hour as New Southern Rock to celebrate the great dreamer, Dr. King. We hope that this idea will catch on across the country.  For further information and materials that may be used in establishing a similar event “It’s a Day on-Not a day off” which leads into Black History Month, contact Dr. Joan Hillsman (Email: jhillsman@twcny.rr.com), and work on the dream.