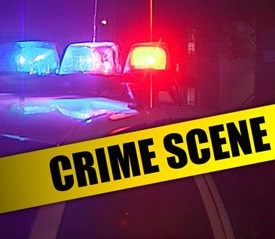 Town of DeWitt, New York – The Onondaga County Sheriff’s Office reports that deputies have charged a Syracuse man with driving while intoxicated after a rollover crash in the town of DeWitt.

Last night at approximately 10:30 p.m., sheriff deputies along with East Syracuse Fire and Rescue personnel responded to the 6900 block of Collamer Road (Route 298), after receiving a 911 call of a vehicle that rolled over. Deputies investigating the crash report that the operator of a 2016 Kia sedan, Stephen Haag (37) of Syracuse, was traveling westbound on Collamer Road when he lost control of his vehicle causing it to rollover. The vehicle came to rest in a ditch on the north side of road, trapping Haag’s inside. Rescue personnel had to extricate Haag from the vehicle. He was transported to Upstate Hospital where he was treated for a leg injury.

Deputies charged Haag with driving while intoxicated, unsafe speed, failing to maintain lane and no seat belt. He is was released on traffic tickets and is scheduled to appear in the Town of DeWitt Court on August 20th.

Deputies were assisted at the scene by members of the Town of DeWitt and Manlius Police Department.