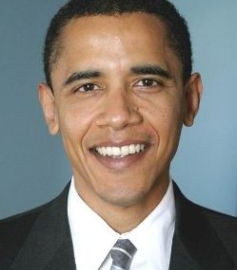 In recent times, I had come to believe the concept of diversity had been destroyed, distorted beyond recognition of its original state. If accepted as true what many have stated, you would believe that it is a term considered the lowest of the low. However, when you observe the natural diversity of our world, with all of the vivid, beautiful, and starkly contrasted fauna and flora throughout our earth, it begs to inquire, “How does such divinely inspired diversity be equated in such a lowly state?”

On Tuesday November 4, 2008, “We the People” elected Barack Obama as the 44th President of the United States of America! “We the People”-every race, creed, color, age, gender, political party, and socio-economic group, have taken the greatest step forward in recent history! Dr. Martin Luther King’s “dream” finally realized! This is not simply African American or Black history: it is truly American history at its best. I can so proudly say now President-elect Obama! Repeatedly stated throughout his campaign, and again in his historical first global address, President-elect Obama states this is not really about him: it is about us. We must bring about the necessary change the United States so badly needs in our own lives, our families, and our communities!

It is time, citizens of the United States of America, to step out of the dark past into in a bright, new era! We have happened upon a time to take the United States to a new era of peace and prosperity. It will take much work, effort, sacrifice, and compromise, and done so on all levels of society. Carpe Diem, however so slightly, for there is much to accomplish and much that begins right now. This is work that begins not next week, not next month, not next year, but right now!

What does this mean for the City of Syracuse, the surrounding areas, and Onondaga County? Look around people-since this region mirrors so many of the ills that plague our nation, it is imperative that we employ many of the same strategies that will be done nationally to rejuvenate our region, CNY, from top to bottom, bottom to top. The people have spoken, and the people must move forward now: all of the people. Elected & appointed officials, those employed and unemployed, and regular folk alike, must acknowledge the common ground that has clearly stood within our reach, but which we have refused to grasp. Because of this, a true understanding of citizenship realized by all of us here in CNY translates into actual deeds.

Is this the end of racism? By no means am I suggesting that; however, it is a new beginning. Accepting our true diversity does not simply imply grand slogans, shiny new programs and initiatives, or “business as usual.” Historically disenfranchised Americans rose to the occasion, screamed out ever so proudly and profoundly “here I am, I count and I refuse to be ignored.” They exercised true patriotism in this historic presidential election and the same actions by those disenfranchised Americans that live, work, and play here must be accepted in CNY, and be nurtured and allowed to grow strong and bear fruit.

We all enjoy this moment in world history, electing Barack “the One” Obama the 44th President of the United States of America, because of the sacrifices of so many that came before us. Just as I am the first African American male appointed to the Onondaga Community College Board of Trustees, thrust into a unique position of educational and community leadership, to stand on the shoulders of my great-grandfather William Johnson, the first African American to graduate from the Syracuse University College of Law. We are the United States of America!