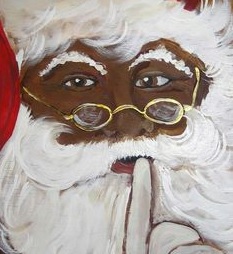 “NORAD has supported Santa Claus’ Christmas Eve operations for 61 years and we are always delighted to help,” said Col. Emil Filkorn, the commander ofthe Eastern Air Defense Sector, known as EADS. “I can assure everyone that EADS will do everything in its power to assist Santa with his critical mission.”

EADS’ Battle Control Center (BCC) will monitor Santa constantly as he travels across the eastern U.S. delivering toys and gifts. These activities are in support of the NORAD Tracks Santa Operations Center at Peterson Air Force Base, Colorado, which leads the Santa monitoring effort. 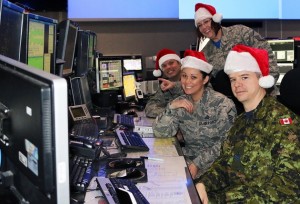 NORAD starts its Santa tracking operation at 2:01 a.m. EST on Dec. 24. At 6 a.m. EST, children and parents can call the NORAD operations floor at 1-877-Hi-NORAD (1-877-446-6723) or send an e-mail to noradtrackssanta@outlook.com for live updates. Any time on Dec. 24, Windows Phone users can ask Cortana for Santa’s location, and OnStar subscribers can press the OnStar button in their vehicles to locate Santa.

Official NORAD Tracks Santa apps are also available in the Windows, Apple and Google Play stores, so parents and children can count down the days until Santa’s launch on their smartphones and tablets. Tracking opportunities are also offered on Facebook, Twitter, YouTube, Instagram and Google+. Santa followers just need to type @noradsanta” into each search engine to get started.

The Santa tracking tradition started in 1955, when a Colorado Springs, Colorado Sears Roebuck & Co. advertisement encouraging local children to call Santa listed an incorrect phone number. Instead of reaching Santa, the phone number went into to the Continental Air Defense Command’s operations hotline. Col. Harry Shoup, the operations director, had his staff check the radar for indications of Santa making his way south from the North Pole.

Children who called were given location updates and a tradition was born.

In 1958, the governments of Canada and the United States created the bi-national air defense command North American Aerospace Defense Command (NORAD), which then took on the tradition of tracking Santa.

The Eastern Air Defense Sector is a North American Aerospace Defense Command (NORAD) headquarters unit located at the Griffiss Business and Technology Park in Rome, New York. Responsible for the air defense of the eastern