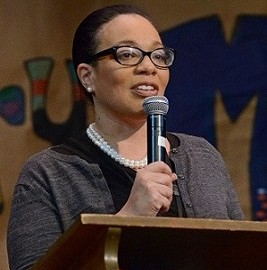 Dr. Sharon L. Contreras, Superintendent is under attack due to the pending vote on her contract extension. The Syracuse Board of Education has scheduled the meeting on December 29, 2015, where the contract extension is expected to be approved by a lame duck session of the board. There have been complaints given the fact that several new members were recently elected and believe they should have a right to vote on the contract extension decision.

We disagree with the assessment. Having newly minted board members vote on a contract extension, when they’ve never worked with that individual? Their review is not appropriate, and stinks of political posturing, in addition to not being good personnel practice.

Several years ago in a hot sweaty auditorium at Porter School, Dr. Sharon L. Contreras, Superintendent and Syracuse Mayor, Stephanie A. Miner addressed an auditorium packed with students, administrators and teachers, they discussed Great Expectations. An entire program dedicated to how they were going to turn the Syracuse City School District around. Part of that message was expecting more out of everyone working in the district including, teachers, administrators, no one was exempt. 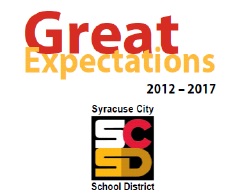 Special attention was paid to students that represented various city schools for this special program. Scheduled just before the school year began it was a pep talk, a message of hope that their work would be important to themselves and to others. They were talking up the possibilities of the Syracuse City School District.

Since then many initiatives have been put in place, some due to state mandates and others due to the districts recognition of the need for change.

Not only are we are at the top of the list nationally in poverty, we also suspend children at an alarming rate. It would be easy to say,” just kick them out of school” but suspension is only one of many methods of addressing this challenge.

Instead of coming together to solve what is a real concern for teacher safety, Dr. Contreras opponents are seeking to personalize the issue and use this as their first move on the Syracuse City School Board. Having not worked with her in their positions as Commissioners of Education their votes would not be based on the quantitative and qualitative measures of the superintendents’ performance.