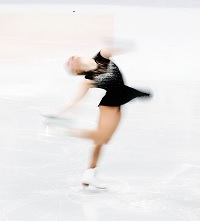 Beware of those out there spinning these election results like Olympic Skater, Oksana Baiul on ice.

One vote does count: 16th County Legislature Vernon Williams at 500 and Charles Garland at 463 – 37 votes separates; Board of Education Twiggy Billue down by only 35 votes

It’s interesting to hear the spin coming out of unions and respective political organizations when announcing their impact on local election results. Vernon Williams 500 vote victory over Charles Garland at 463 on Election Night was perhaps a win by a very slim margin 37 vote margin that refutes claims of a union led charge to the ballot box. On the contrary, Charles Garlands close call campaign did not have activists, nor did he make pledges to unions. Mr. Garland was unattached to any political group; he ran as a concerned businessman whose family has run Garland Funeral Home for generations.  His campaign was one of going against the conventional wisdom that says you can’t run without having some group behind you. He lost, but only by a few votes what that really means is that he came close without the “thousands of union phone bank workers”, or the backing of politically active community activists groups.

Garland may have lost the race but proved that without the backing of groups and organizations, an individual can come close to winning an election.

There was a certain feeling that the 3rd Common Council District race was going to be interesting because of those running. Emad Rahim ran with the support of Mayor Ben Walsh and the Alliance Networks endorsement. That being said, Rahim lost the Democratic Primary to Chol Majok who mounted a stealth campaign. Majok worked the district taking advantage of the 3 way split in this campaign. While coalitions have claimed victory, this is another situation where having a visible base of support isn’t manifested at the ballot box. This campaign is far from over as Emad Rahim is on the ballot in November, having gained the endorsement from The Working Families Party and Independence Party.

Battle for the Board of Education

This race was one that goes down to the wire as Twiggy Billue ran an aggressive smart campaign that grew exponentially as we came close to Election Day.  In a tight finish on Election Night, Ms. Billue was only 36 votes away from snatching the 4th ballot position from Dan Romeo.  Mark Muhammad received the most votes in this race making him a factor for a possible run for higher political office. The Syracuse City School Board is from where most of our past leaders ascended to higher public office.

Beware of those out there spinning these election results like Olympic Skater, Oksana Baiul on ice. Coalitions are losing their strength. Independence is becoming more than a phrase, with some of the results indicating a rejection of the past and a community inching towards a day when a person with good intentions can run for office without needing anything other than their voice telling constituents what good they can bring to their community.

* Election results are unofficial and must be certified from the Board of Education. Some results are so close that absentee ballots may determine the final outcome.