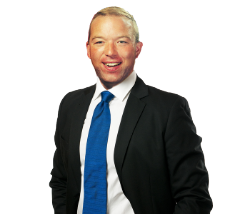 Current City of Syracuse Auditor, Marty Masterpole is running for Onondaga County Comptroller, urbancny.com is endorsing Marty’s candidacy for this position. Given his decades of public service and current role in city government; Masterpole will bring a sense of quiet responsible stewardship to the office that is a check on the financial/fiscal systems of Onondaga County. As an Insurance Executive Masterpole has a wealth of experience in detail work, helping both business and residents in what amounts to risk management. An Auditor does the same thing; it’s making sure our county government is adhering to its fiscal policies. Marty Masterpole’s professional ethics and temperament makes him uniquely prepared for this position.

The appointed incumbent Matt Beadnell gave everyone a taste of how he’d run his office going forward as he attacked Onondaga County Board of Elections Democratic Commissioner, Dustin Czarny. Beadnell’s efforts was a failed attempt to “ensnare” a Democratic leader. This Law & Order moment was prefaced by an over the weekend announcement that a “High ranking Onondaga County Official” was caught red handed, “press conference on Monday”. Immediately, there was a red flag because the announcement came from the Onondaga County Comptroller’s Office. If there were a high-ranking official breaking the law, Onondaga County District Attorney William Fitzpatrick would be the one to announce any criminal investigation or findings.

Once it was revealed that the Comptroller had concerns about Dustin Czarny’s of driving for Uber and Lyft, possibly violating the law, you could hear the entire population of Onondaga County engage in a collective eye roll. We at urbancny.com never received a follow up to the important earth-shattering announcement. Clearly from the beginning, this reeked of political gamesmanship in an effort to say, “look at me, I’m competent”. Instead the entire fiasco said, look at me I’m as petty as a Trump.

As Comptroller, there are times when a violation is simply a suspected violation. Not an event to call in the press to create a pre-campaign moment. You’d have to be living under a rock not to know Czarny could be seen at many events on weeknights, weekends and Sunday’s even spending some holiday’s, doing his job as Onondaga County Board of Elections Democratic Commissioner. And yet, the big reveal was about trailing an Uber driver. Since then Czarny has given up his outside activities to concentrate on being Elections Commissioner to avoid these situations.