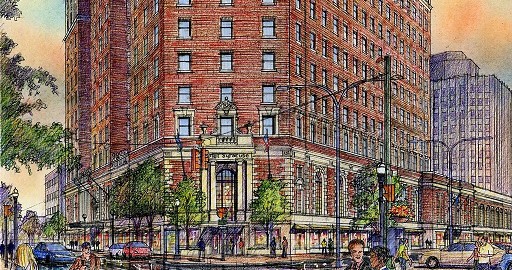 $9.9 Million in Financing to the Marriott Syracuse Downtown

Authorized by the City of Syracuse in December 2019, the City’s EIC Open C-PACE program channels private capital to commercial and non-profit building owners to make energy upgrades to their buildings, enabling them to improve their properties, lower operating expenses and positively impact the environment and their communities.

According to Mayor Ben Walsh, “The expansion of the Marriott Syracuse Downtown is an exciting project for our community.  I am delighted the energy efficiency upgrades will utilize the Open C-PACE financing tool that was adopted by the City of Syracuse last year thanks to Councilor Driscoll and the Syracuse Common Council. The ability to provide new resources for energy upgrades to our commercial buildings is essential, and I am grateful to NYSERDA, the Energy Improvement Corporation, and the Central New York Regional Planning and Development Board for their efforts to ensure property owners can reduce carbon emissions and access financing to advance economic development projects.”

The EIC Open C-PACE program is administrated on behalf of the City by EIC with support from NYSERDA. EIC is a non-profit, statewide local development corporation that administers C-PACE on behalf of its member municipalities. C-PACE financing is a public benefit authorized by state and local law, with repayment secured through a benefit assessment lien on the improved property.

Alicia Barton, President and CEO, NYSERDA added, “As part of the redevelopment of historic Marriot Downtown Syracuse Hotel, the EIC Open C-PACE funding announced today will pave the way for higher levels of energy effiency, helping building owners lower their costs and reduce their carbon footprint in support of state’s nation-leading clean energy goals. NYSERDA is proud to support the work that EIC has done to launch this program and thanks the City of Syracuse and Brine Wells Development for their leadership and commitment to reducing emissions and ensuring that their community’s buildings are more resilient in the face of climate change.”

As a result of the Climate Leadership and Community Protection Act, or CLCPA, signed by Governor Cuomo in July 2019, New York has adopted the most ambitious and comprehensive climate and clean energy legislation in the country. The CLCPA requires the State to achieve a carbon-free electricity system by 2040 and to reduce greenhouse gas emissions 85% below 1990 levels by 2050. Heating and cooling residential and commercial buildings is one of the state’s largest sectors of greenhouse gas emissions, and the New York State Public Service Commission has adopted energy efficiency targets for utilities, NYSERDA, the New York Power Authority and the Long Island Power Authority that will advance the goals of the CLCPA. The EIC Open C-PACE program can help property owners to meet these targets by providing upfront capital for energy efficient upgrades and renewable energy projects.

Syracuse Common Council Member Joe Driscoll, a local leader in the Green movement said, “To address the climate crisis we face as a nation, we need to develop smart policies and tools to reduce our reliance on fossil fuels. EIC Open C-PACE financing is one of these important tools which helps to make renewable energy more easily accessible and economically practical. I’m thrilled to see this massive investment in one of Syracuse’s most beloved resources, the Marriott Syracuse Downtown. This is a great public and private partnership to make our region a better place to live. It’s truly inspiring to see the council, the Mayor, the State, our financial institutions and development community all working together to move this area forward with clean energy.“

The CNY RPDB is a public agency that serves Cayuga, Cortland, Madison, Onondaga and Oswego counties and that works on NYSERDA’s behalf to provide free technical assistance to local governments throughout Central New York in support of the Clean Energy Communities program. 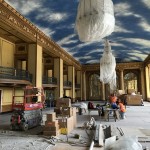 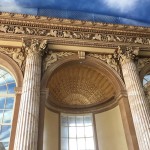 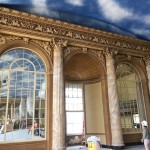 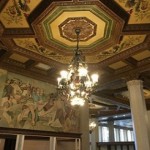 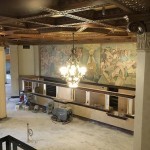 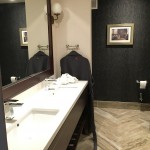 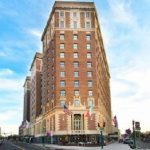 Brine Wells used the funds to recapitalize the renovation of the iconic Marriott Syracuse Downtown, serving as the catalyst for the revitalization of the south end of the Syracuse metropolitan market. The 261-key hotel opened in 2016 following a historical restoration of the 1920s-era building formerly known as Hotel Syracuse. Further renovations, expected to complete in May 2020, will add 50 rooms, along with additional function space and a restaurant. Energy-efficient measures incorporated in the renovations included improvements to the property’s building envelope, plumbing, HVAC, lighting and electrical systems.

“Utilization of the Open C-PACE program to continue the growth of Marriott Syracuse Downtown was a key component to seeing the project finalized.  By not only expanding the hotel but also implementing systems and equipment to reduce the carbon footprint while utilizing energy efficiently, we are further placing this property in a strong, sustainable position to remain a leader within the hospitality industry of Syracuse and Central New York.  We look forward to using this tool for other projects and to working with NYSERDA in the future.” According to Ed Riley, CEO, Brine Wells Development.

EIC Open C-PACE paves the way for higher levels of energy efficiency or renewable energy to be included as part of a building’s redevelopment or rehabilitation – and might be the pivotal element needed to move the project forward.

Sarah Smiley, Director of Member Services for Energy Improvement Corporation said, “EIC is proud to partner with the City of Syracuse to make Open C-PACE available to the business community.  Energy upgrades such as those undertaken by the Marriott Syracuse Downtown lead to high performing buildings that reduce a community’s carbon footprint while making businesses more economically competitive.”