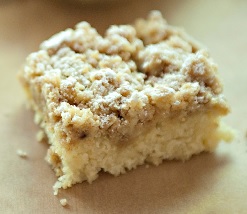 There’s always a big splash in the news when there’s an announcement of a new program. Usually  the announcement of funds that will finance an initiative to combat some issue that may face our state, in this case; funding a bushel basket of initiatives to attack gang violence.

In a recent announcement, Gov. Andrew Cuomo released a list of organizations that would divvy up $5.5 million in funding to attack gang violence.  ($4.5 Million is allocated to Support Upstate Youth in Improving Workforce Skills and Avoiding Crime.) And of course there’s the tendency to say, “Why did this organization get funded and mine didn’t, while we’re doing work out on the streets, on the front lines?” 14 programs that provide at-risk youth with alternatives to gang involvement were funded throughout New York State.

The real issue is the paltry amount of funding allocated towards multi-faceted issues impacting our youth population. While i applaud the governor for awarding Syracuse Employment and School Opportunity Network (SEASON) Program- Onondaga-$500,000; given the environment in Syracuse, that isn’t enough.

When one group is singled out for funding $500,000 seems like a lot of money. However, other worthy service providers go without, and yet provide much needed safety net services, these organizations may be publically recognized but are rarely, if ever compensated.

Public attention and zero funding is one of the unspoken frustrations of churches and organizations that provide services to young people within small neighborhood clusters. They don’t have funding streams that handle utilities or capital expenditures or even stipends for those deterring young people from seeking gratification from “life in the streets”.

There are individuals, brave people I’ve received reports of them, (unsolicited accounts from readers) chasing down groups of rooming youth in an all-out effort, deterring behaviors that could escalate into violence. They don’t receive a dime.

Youth Center’s that are neighborhood based, that receive everything through private donations. These organizations are never on the short list of the millions that are allocated for funding initiatives throughout the state of New York.

And a young person growing up in Syracuse is more likely to face violent crime than a counterpart living in Chicago.

There are Syracuse children rooming the streets after school getting into fights, filming them and putting the carnage on You Tube. This undermines the talent our SCSD youth have to offer.

Would it cost a small fortune to pay some people whose specific duty is to seek out these young people, and direct them to some activity that removes them from harm’s way?

We’ve already wasted over $25 million on a failed film hub, spent $13 million out of $500 million “From the Ground Up” to address poverty in a five county area, split between 22 contracts. And the rest, New York State has poured hundreds of millions of dollars into the pockets of developers and investors, while sending the troubled youth of this state symbolic thoughts and prayers through failed economic development policies.