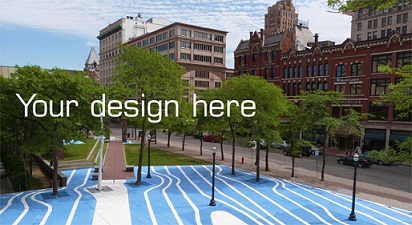 Event Is First in Series of Events Encouraging People to Explore, Engage With Downtown Public Space Slated for Major Renovation

SYRACUSE, N.Y. – The City of Syracuse announced today it will host the first-ever “Playdate in the Park,” in Downtown’s New Urban Space – the site of Perseverance Park and the former Commons Center Plaza. This event will encourage greater use of the space, which is slated for a major overhaul, and be the first in a series of events there held by the City to engage citizens in the area. The event will go from 12:00 p.m. to 2:00 p.m. today, Friday, June 10, 2016.

Activities at the “Playdate in the Park” will include lawn games, including giant checkers and putt-putt golf. This will be the first event held by the City to better activate the existing space and demonstrate to Downtown workers and residents the potential it has in the future, when renovations are done on the site. Last year, as part of the City’s renovation efforts, an ice cream social was held in the park to solicit public input for the design team.

Last year, the Syracuse Urban Renewal Agency (SURA) awarded an RFP for design and construction of a new public space concept at this site to a team including !melk urban design and  Balmond Studio. They were advised by a jury of experts in design, public art, landscape architecture, and community engagement who recommended the team that will create a new public space. The artists’ work is featured in global cities on multiple continents. Balmond was profiled in the New Yorker for his art in 2007.