Following weekend reports of a widespread Spectrum internet outage, Congressman Anthony Brindisi is demanding answers from the company. Brindisi, a longtime fighter for consumers and rural broadband advocate, wrote a letter to the New York State Public Service Commission (PSC) calling for a public investigation into the outage. 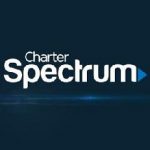 Reports indicate the outage started on Saturday and lasted until the night. The outage impacted businesses, communities, and family homes. Businesses reported losing access to credit card machines and internet outages wreaked havoc on the community. According to Spectrum, the outage was caused by “fiber optic damage.”

“Upstate New Yorkers are paying for services from Spectrum and the company is not delivering,” Brindisi said. “This outage hurt our small businesses and families across the district. I am calling on the PSC to investigate this outage because customers deserve answers.”

Last year, Brindisi spearheaded efforts to fight back against Spectrum and hold the big cable company accountable. He led the charge to have the Consumer Financial Protection Bureau investigate Spectrum for their debt collection tactics. The first bill he introduced, the Transparency for Cable Consumers Act, would provide better oversight of cable and internet providers and hold companies accountable that are fined by a state Public Service Commission like Spectrum. In November, Brindisi slammed the cable company in a district-wide opinion piece outlining his dogged efforts to hold the cable company accountable regardless of the consequences in Washington. Brindisi also launched a district-wide survey of home internet speeds and service. Local residents interested in participating in the survey can visit Brindisi.house.gov/internet to test their internet speeds, rate their internet provider, and share customer service stories.

Brindisi’s full letter to the PSC is below:

I write today on the heels of a widespread Spectrum service outage that impacted a large swath of New York State, and in particular, my congressional district (NY-22).

While I appreciate the efforts Spectrum put into restoring service, this past weekend’s outage lasted several hours and impacted both residential and business customers, like restaurants who were unable to process credit card transactions. Many people are surprised with both how long the outage lasted and the huge geographic area it enveloped.

The people of New York both rely upon and pay greatly for Spectrum services, something I have railed against. However, aside from the financial stresses this outage delivered to residential and business customers, it puts forth a more serious security issue of redundancy failure the New York State Public Service Commission (PSC) must immediately investigate and publicly report the findings.

According to the company’s official Twitter account, Spectrum has informed the public that the outage was caused by a “fiber optic damage.” The PSC must immediately determine where, how and why this outage was able to cripple the entire Northeast region for as long as it did, and what measures are in place to ensure this kind of an outage does not happen again.

Given the monopoly-like control Spectrum has over my congressional district, the subjects of redundancy, public safety and customer service are all critical components of an investigation. Therefore, I urge the PSC to announce an investigation into the recent and widespread service disruption that answers at least four questions:

The PSC owes it to New Yorkers to hold Spectrum accountable on this issue. While Spectrum did not do anything nefarious to deliver the recent and wide disruption, the company remains responsible –and abundantly capitalized– by New Yorkers who continue to be disappointed by their business practices.

Please feel free to contact my office should you have any further question regarding a possible investigation into this recent and widespread outage. While disruptions do happen, this most recent one raises too many serious questions to just move on.