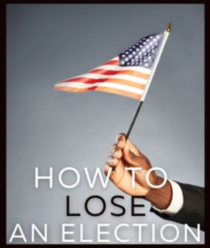 Syracuse, NY – Navy veteran, Syracuse resident, and former NY-24 Congressional candidate Roger Misso today launched a new video podcast series called “How to Lose an Election.” Hosted on YouTube, Apple Podcasts, and other podcasting apps, the show aims to better inform prospective candidates and the American public about the seldom-considered realities of losing an election. Misso’s first guest, Qasim Rashid, was a candidate for US Congress in Virginia’s First Congressional District in 2020. Misso explained the intent of the show in the following statement:

“Lots of people talk about how to win elections. Almost nobody talks about what happens when you lose. And, as the events of January 6th made painfully clear, how we lose in a democracy is just as important as how we win. 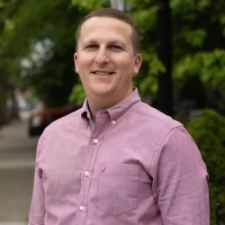 One of my great joys in life is to help make government and political campaigns accessible to more people. I hope that, by focusing on what happens after candidates lose their elections, this project can shed a light on the real lives of the more than 80% of candidates who are unsuccessful at the ballot box each year. Running for office is a very personal and vulnerable act, and losing can be painful, but through this project I hope to show the many powerful stories of those who have found hope and love even in the darkest of times.

At the end of the day, I hope people will see that they can run for office, that losing isn’t final or fatal, and that – win or lose – the journey of building community through campaigning can be a powerful force for good.”

You can view the full video of the first episode with Qasim Rashid here. You can visit the show’s Patreon page here.

Roger Misso is a veteran, dad, and former candidate for Congress in NY-24. Today, he serves as executive director of Taking the Hill, a political action committee for veterans and military families. This is his second foray into the podcasting scene after a show he co-hosted in 2018, 2 Vets Upstate.