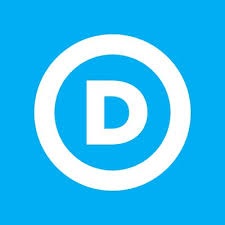 The event begins with remarks from Balter, Conole, Misso, and Perez Williams, followed by a phone banking training and calls to voters.

Where: Zoom link available upon RSVP
When: Thursday, September 10th at 6pm

In announcing the event, Conole, Misso, and Perez-Williams released the following joint statement:

“Over the course of our primary campaigns, we got to know Dana Balter. At potlucks and community forums in all four counties, we came to deeply admire her toughness, intelligence, and genuine commitment to the lives of everyone in our district no matter who they are or where they live. Dana is a fiercely independent leader with priorities planted firmly on the ground in Central New York – not in Washington, DC.

The stakes of this election could not be more clear. The incumbent, John Katko, has had six years in Washington to address the problems we face as a region. In all that time, Katko has had no plan for healthcare except to vote to restrict it for women and workers, no plan for our economy except to vote for tax breaks to his extremely wealthy donors and against much-needed COVID-19 funding for Syracuse and Onondaga County, and no plan to stand up as a moral leader for our children except to endorse an immoral, impeached President and issue empty, party-approved press releases from behind his taxpayer-funded desk in Washington.

We are proud to support Dana Balter and will work hard to elect her to Congress. We chose the date for our virtual phonebank – the evening before September 11th – deliberately, because it is personal. As veterans with multiple deployments between us, we know real leadership when we see it – and we know how important that leadership is for our country and our neighbors. Over the past year, we have been in the trenches with Dana, working side-by-side with her to earn the trust of voters from every corner of this district. After all that time, it is clear:

Dana Balter is a real leader. John Katko is AWOL.
Join us in voting for Dana Balter on November 3rd.”

Francis Conole is a fourth-generation Syracusan, US Naval Academy graduate, Iraq War Veteran, and Policy Advisor to the Secretary of Defense. He currently serves as a Commander in the Navy Reserves where he is the Commanding Officer of a Unit that supports Carrier Strike Group Four in Norfolk, Virginia.

Roger Misso is a military veteran, rural Democrat, and father of two. He is a graduate of the Naval Academy and the Harvard Kennedy School. He currently serves as Executive Director of Taking the Hill, a political action committee founded by former Congressman and Army Under Secretary Patrick Murphy working to elect veterans and military family members of integrity to Congress.

Juanita Perez-Williams is a former Navy JAG, a grandmother, and a lawyer proudly based in Syracuse. She is a staunch advocate of workers and labor rights, an executive trustee of the Valley American Legion, and co-founder of the Democratic Women of Onondaga County.