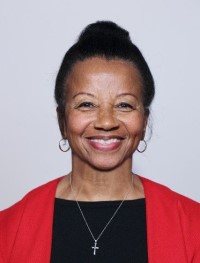 The New York Community College Trustees named Onondaga Community College alumna Karin Franklin-King ’69 recipient of its Distinguished Alumni Award for Professional Achievement for 2021. She will receive the award next month in Saratoga Springs.

The New York Community College Trustees is a voluntary, nonprofit consortium of community college trustees. Their Distinguished Alumni Award for Professional Achievement highlights contributions made by community college graduates in an effort to showcase the exceptional value of a community college education.

Franklin-King came to Onondaga Community College from Brooklyn and earned an associate degree in Drama in 1969. She would go on to earn a bachelor’s degree from SUNY Oswego and a master’s degree from Cornell University. While her first loves were in music and theater, she was also well-known throughout Central New York as a News Anchor at WIXT Television (now known as WSYR TV) and WSYR Radio. She also hosted live call-in and public affairs shows on local radio and television stations. In recognition of her outstanding career in broadcasting and her contributions to the community, she was inducted into the Syracuse Press Club’s Wall of Distinction. Franklin-King was also active in the areas of non-profit and corporate consulting, and education. She’s a past member of the OCC Foundation Board, and in 2011 was named an OCC Alumni Faces honoree. 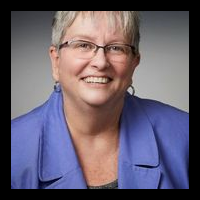 “Karin is such an amazing example of the value and impact of a community college education. She came here from Brooklyn, fell in love with OCC and the region, and never left. She became an active and beloved member of the community and was always available to help others and provide guidance to people of all ages. We’re so proud of everything she has done and grateful she is still an active member of our College community,” said OCC President Casey Crabill, Ed.D.

Franklin-King is the second member of OCC’s class of 1969 to receive a prestigious statewide award this month. Fellow classmate Donna DeSiato, Ed.D., was recently named New York State’s Superintendent of the Year for her work leading the East Syracuse Minoa school district. Like Franklin-King, DeSiato has maintained close ties to OCC. She is a member of the College’s Board of Trustees and a distinguished Alumni Faces honoree.