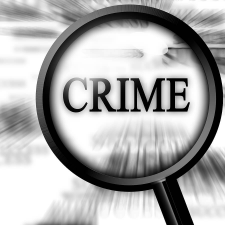 Town of Salina, New York-The Onondaga County Sheriff’s Office reports that detectives have charged four people in connection with an armed robbery home invasion that occurred two weeks ago in a Lyncourt neighborhood.

On February 17, at approximately 2:00 PM, Sheriff’s Deputies responded to a residence in the 300 block of Medford Road for a reported armed robbery that just occurred. Deputies investigating the incident report that a 20-year-old male was assaulted after four males forced their way into the victim’s home and struck the victim in the face several time with their fists and the butt of a shotgun. The suspects stole marijuana and cash before fleeing the home. One suspect, a 17-year-old male from Syracuse, known to the victim, was apprehended at the scene by the victim and was turned over to deputies. The victim sustained minor injuries and was treated by medical personnel at the scene.

Subsequent investigation by detectives led to the identity of the three remaining suspects who were eventually located and charged last week. Detectives arrested Trey Rosa-Cooper (22) of Delmar Place, Vicente Martinez (19) of Sabine Street and another 17-year-old male from Syracuse. All four suspects were charged with robbery in the 1st degree, burglary in the 1st degree and assault in the 2nd degree. They were arraigned in Centralized Arraignment Court and continue to be held.