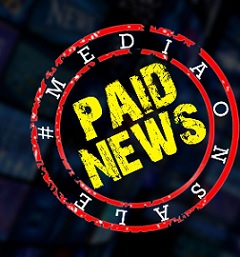 It’s a sad day for the news business when you have to have a subscription and money to consume information. This monetizing of information is not new; it has taken years to reach the local level. Small publications have been shuttered due to increased costs of printing, production and distribution. It’s not a surprise, since print media has been slow to respond to an increasingly diverse population.

When corporations replaced individuals and small families as owners of local publications, the landscape changed. People with institutional memory were let go due to what they were being paid. Their replacements didn’t know where the school was, and didn’t possess the logic to include the school lunch menu.

Syracuse is a city that’s been on many lists of awful; poverty rate among African Americans, pockets of concentrated poverty, high violence rate with teens as victims, capping it off with the Urban Living “Oscar”, a poor place to live for African-Americans. We’re also a city where barely 50% of our residents have access to broadband internet communications.

In the past newspapers reflected what was going on in our society which included a dramatic increase in minority hiring in the 1980’s, to the current condition where numbers of African-American journalists employed by major print media are at an all-time low. While our city reflects a large minority population the print media has been negligent in reflecting this trend in their hiring and coverage of local news.