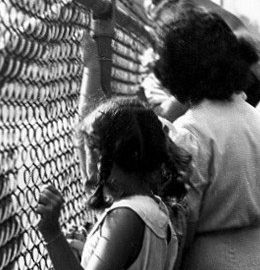 Bipartisan Legislation Would Deliver Important Resources to Central New York, Including Federal Funding and Increased Tourism to the Area

Oswego, NY – On August 31st , U.S. Senator Kirsten Gillibrand and U.S. Representative John Katko visited the Safe Haven Holocaust Refugee Shelter Museum. Gillibrand and Katko have introduced legislation that would authorize the National Park Service (NPS) to conduct a study on whether the museum should become a part of the National Park system. This designation would provide significant resources to Central New York, including increased federal funding for historic preservation and economic development programs, and would increase tourism to the area. 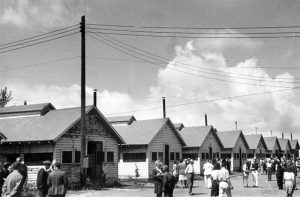 “With so many unsettling events happening around us, whether it’s the flooding in Texas or the refugee crisis, I can’t help but think about the incredible role that Fort Ontario and this area have played throughout American history as a safe haven in times of danger,” said Senator Gillibrand. “From the French and Indian War all the way through World War Two and the Holocaust, this site has given people shelter, hope, courage, and strength when they needed them most. People from all over the country should be able to come here and learn about this unique site, and I am so proud to lead the fight to make it a part of our National Park system.”

“I’m proud to have introduced and passed through the House of Representatives this bipartisan measure to put Fort Ontario and Safe Haven on the path towards becoming a National Park,” said U.S. Rep. John Katko. “This incredible site is testament to the great history of Central New York and the important and unparalleled role it has played in nearly every major American war, and as a shelter for refugees during World War II.   It would truly be an asset to our National Park system.  I now join with Senator Gillibrand in urging our colleagues in the Senate to take swift action to pass this measure so that it can be signed into law.” 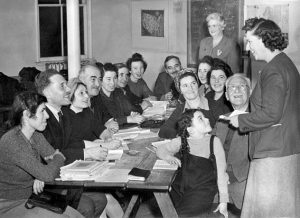 “In 1944, nearly 1,000 European refugees of Hitler’s Holocaust made the journey to America and arrived at Fort Ontario in Oswego, NY. As the first, and only such shelter for refugees of World War II, it is imperative that we preserve and protect this important piece of history, and elevate Fort Ontario and Safe Haven to a level of national significance, said Kevin Hill, President of the Safe Haven Holocaust Refugee Shelter Museum. “We are grateful to Congressman Katko and Senator Gillibrand for their unwavering support of our efforts to attain National Park Status.”

The Fort Ontario Military Complex dates back to the early 1840s and is built on the ruins of three earlier fortifications from the French and Indian War, Revolutionary War, and War of 1812. Fort Ontario is now a part of the NYS Parks, Recreation, and Historic Preservation system.

The Safe Haven Holocaust Refugee Shelter Museum commemorates the 982 European refugees who called Fort Ontario home in 1944 after President Franklin D. Roosevelt invited them as his “special guests,” creating an emergency shelter to maneuver around the difficult immigration policies of the time.