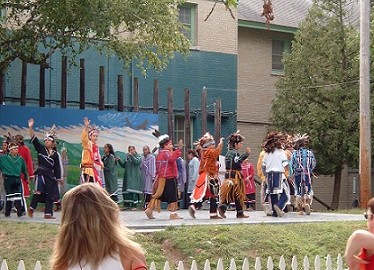 Governor Andrew M. Cuomo and the Six Nations Agricultural Society today, on Six Nations Day at the Great New York State Fair, announced New York State is advancing a $750,000 revitalization of the Fair’s Indian Village. The improvements will focus on a complete renovation of Turtle Mound, the site of the Village’s cultural performances, along with repairs to the roof and siding of the Village’s Soup House restaurant immediately following the close of the 2016 Fair. These renovations are the latest elements of the State’s $50 million investment to rejuvenate the nation’s oldest state fair.

“Indian Village is a celebration of our native New Yorkers and one of the true landmarks of the Great New York State Fair,” said Governor Cuomo. “The sweeping changes made to the Fairgrounds have already greatly enhanced the experience of fairgoers, and this additional investment not only builds on that progress, but helps ensure Indian Village remains a thriving component of the Fair for decades to come.” 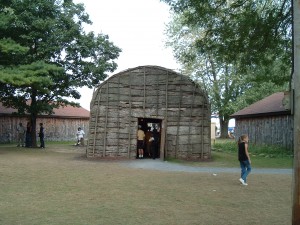 Replica of Longhouse in Iroquois Village

“The Six Nations Agricultural Society is grateful for this partnership and the State’s assistance with this major renovation,” said Norman Jimerson, President of the Six Nations Agricultural Society. “Indian Village is a great tradition at the New York State Fair with fairgoers coming from across the State to see our performances. It’s important that the people of New York State understand where we come from, and this project will ensure we have the opportunity to continue to share our culture, deeply rooted in agriculture, with the Fair’s one million visitors. We look forward to having a dedication ceremony next year to celebrate the revitalization of Indian Village.”

The Indian Village is the home of the Six Nations of the Iroquois – the Cayuga, Mohawk, Oneida, Onondaga, Seneca and Tuscarora nations—during the Fair and replicates a traditional Iroquois village. It is located on the west end of the Fairgrounds and this section of the Fairgrounds has been dedicated to Six Nations programs since 1928.

The primary focus of the project will be work to completely rebuild Turtle Mound. Three times each day of the Fair, the site hosts cultural dances which are explained to the fairgoers in attendance. Additional special events happen there at other times during the Fair as well. The mound at Turtle Mound is in the shape of a turtle, the animal on whose back the earth was created in Iroquois lore. When complete, it will more closely resemble a turtle, with an improved stage and, for the first time, a covering over the stage and a backstage building for performers and storage. 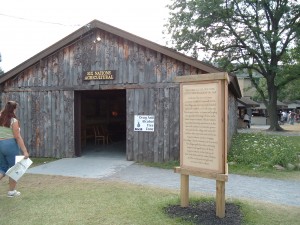 The Soup House, the major source of revenue for the Village will receive new commercial stoves and a walk-in cooler. Water, sewer and natural gas infrastructure will also be improved. In addition, all Village building roofs will be renovated. Work is expected to be complete in time for the 2017 Fair.

During the Fair’s 12-day run, the Village comes alive with cultural performances and activities. In addition to performances on Turtle Mound, booths representing each nation offer crafts for sale. An archery booth provides fairgoers with an opportunity to see what it was like to hunt with a bow centuries ago. Craftsmen painstakingly carve a log into a canoe during the course of the Fair. The Soup House provides a full range of meals along with some native favorites such as fry bread and strawberry drink.

Acting Fair Director Troy Waffner said, “The Fairgrounds are a great place for visitors to learn about agriculture and the history of New York State and the Indian Village is representative of the very best of both. I’m excited about the upcoming renovations to this popular exhibit and look forward to unveiling the changes to fairgoers next year.” 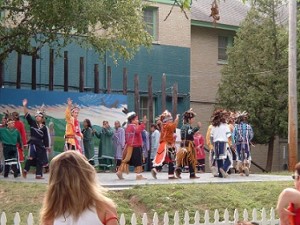 Last week, Governor Cuomo opened the 2016 Great New York State Fair with a ribbon cutting celebrating the transformation of the historic Fairgrounds. The monumental improvements have already significantly enhanced the experience for visitors demonstrated by record attendance September 1 which hit 90,036 visitors and put the Fair well on its way to meeting its goal of one million visitors. The Fair boasts a new Main Gate, more open spaces throughout the grounds, greater seating and shade, a larger and newly reconfigured Midway, a new 315-site Empire RV Park, and underground infrastructure improvements that will pave the way for future growth at the Fair.