Governor Andrew M. Cuomo today announced a 30-day budget amendment will be advanced to prohibit the so-called gay and trans panic defenses from being used in New York State to blame LGBTQ people for the violence committed against them. The current gay and trans panic defenses allow those responsible for violent crimes against LGBTQ people to receive a lesser sentence, and in some cases, even avoid being convicted, by placing the blame on a victim’s actual or perceived sexual orientation or gender identity.

“As the federal government attempts to roll back progress we have made, this administration will continue to stand up for the LGBTQ community and ensure the civil rights of all New Yorkers remain protected,” Governor Cuomo said. “With this action, New York will uphold our continued commitment to deliver equal rights, forbid discrimination of any kind, and remain true to the principles this state and nation were founded upon – fairness and justice for all.” 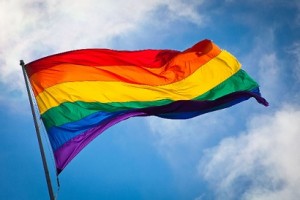 “There is never an excuse for violence and discrimination, especially with defenses as ridiculous and outdated as gay and trans panic,” Lieutenant Governor Kathy Hochul said. “New Yorkers proudly stand with our LGBTQ community, and we will not tolerate the blatant hatred that is at the root of this alleged defense. I’m proud to be a member of an Administration that always has and always will fight for equal protections for everyone, regardless of race, religion, sexual orientation, or gender identity.”

The Governor’s action to advance this amendment will close a loophole in state law that currently allows individuals to use the gay and trans panic defenses after attacking another based upon a perception, or discovery of, that victim’s gender, gender identity, or sexual orientation.

Although these defenses have appeared in court opinions in approximately half of the states, including New York, gay and trans panic defenses are not currently recognized by any state as freestanding defenses. To reduce a murder charge to manslaughter or to justify homicide, defendants have used concepts of these panics in three ways:

In 2013, Islan Nettles, a transgender woman died on a New York City street after falling and hitting her head as a result of being punched in the face by James Dixon, who later pleaded guilty and was sentenced for the crime in 2016. Legal experts have said Dixon was given a lenient 12-year prison sentence in a plea deal because of the Trans Panic defense.

The American Bar Association unanimously approved a resolution in 2013 calling for state legislatures to eliminate the gay and trans panic defenses through legislation. The ABA believes these defenses have no medical or psychological basis and their use to make a case for either insanity or diminished capacity is inappropriate.

This 30-day budget amendment will ban the gay and trans panic defenses, making New York the third state in the nation to affirm this rule once the legislation is passed. This action builds on legislation previously advanced by Senator Brad Hoylman and Assemblyman Daniel O’Donnell.

Since taking office in 2011, the Governor has been a national leader in championing LGBTQ rights in New York State, including the passage of the historic Marriage Equality Act. In 2015, regulations were implemented by the Governor to affirm that transgender individuals are protected under the State’s Human Rights Law, and that all public and private employers, housing providers, businesses, creditors and others should know that discrimination against transgender persons is unlawful and will not be tolerated in New York State. The Governor established a Hate Crimes Task Force and a hotline for individuals to report bias or hate crimes in 2017.

Senator Brad Hoylman said, “I’m extremely grateful to Governor Cuomo for his ongoing national leadership on LGBT issues. By proposing to ban the so-called gay and trans panic defenses in cases in which murder defendants try to justify their violence as a reaction to learning that the victim was gay or trans, the Governor has taken yet another important step in making New York a safer, more just place for the LGBT community. I’m proud to have worked with Governor Cuomo on this important issue and to have carried similar legislation with my colleague Assembly Member Daniel J. O’Donnell.”