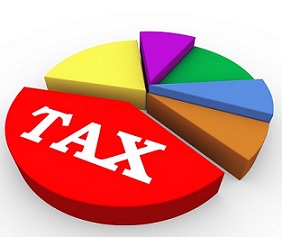 Governor Andrew M. Cuomo today announced budget amendments to the FY 2020 Executive Budget will ensure towns and villages are not adversely impacted by changes to the Aid and Incentives to Municipalities program. The proposal would use additional sales tax revenue from the elimination of the internet tax advantage to keep towns and villages whole. Approximately $59 million in revenues for towns and villages are preserved through this action.

To ensure locals receive these additional resources faster, the State will also implement the Internet sales tax requirements earlier, starting June 1 of this year as opposed to September 1, the date originally proposed in the Executive Budget.

“The original proposal only impacted localities receiving a relatively small amount of money, but I have been contacted by mayors and local officials who say in these tough times it would still be a challenge for them,” Governor Cuomo said. “That is why we are revising the executive budget to use internet sales tax revenue to make these impacted localities whole.”

The elimination of the internet tax advantage was included in Governor Cuomo’s FY 2020 Executive Budget and ensures that out-of-state merchants do not have a price advantage over the State’s retail community. New York’s brick and mortar retailers are currently at a disadvantage because many online retail competitors are not collecting sales tax. This unequal treatment is unfair to the retailers who do collect sales tax, the customers who pay sales tax, the public at large who is forsaking State and local revenues, and the people who depend on the public services supported by those revenues.

As more retail sales migrate to online platforms, the importance of ensuring equal tax compliance has grown. Online providers supply a marketplace for third-party retailers to sell their products to consumers. The Executive Budget provides a consistent framework for collection of required sales taxes by marketplace providers, which will simplify sales tax enforcement and ease collection burdens for the retailers who sell through these platforms.

On an annual basis, the elimination of the internet tax advantage is expected to generate $390 million in additional revenue for local governments.