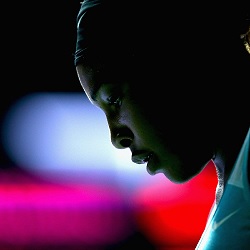 Expands Access to Perinatal Care, Including Pilot to Expand Medicaid Coverage for Doulas

Governor Andrew M. Cuomo today announced a comprehensive initiative to target maternal mortality and reduce racial disparities in health outcomes, building on the State’s commitment to addressing maternal mortality across the state. The multi-pronged initiative includes efforts to review and better address maternal death and morbidity with a focus on racial disparities, expanding community outreach, and taking new actions to increase access to prenatal and perinatal care, including establishing a pilot expansion of Medicaid coverage for doulas.

“Maternal mortality should not be a fear anyone in New York should have to face in the 21st century,” Governor Cuomo said. “We are taking aggressive action to break down barriers that prevent women from getting the prenatal care and information they need. This comprehensive initiative will work to correct unacceptable racial disparities in maternal mortality and help ensure a healthier and stronger New York for all.”

The initiative builds on Governor Cuomo’s commitment to reducing maternal mortality and addressing racial disparities. While New York State has made improvements in reducing maternal mortality rates since 2010, when it was ranked 46th in the nation for the lowest mortality rate, the state still ranks 30th in the nation. Moreover, racial disparities persist, as black women are almost four times more likely nationally to die in childbirth than white women and three times more likely in New York. Research shows that in New York City highly educated black women still fare significantly worse than white women with less than a high school degree.

To continue to target maternal mortality and reduce racial disparities in health outcomes, the Governor is launching the following initiatives: 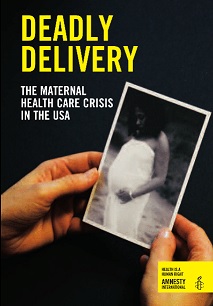 Establish the Maternal Mortality Review Board: At the recommendation of the Governor’s Council on Women and Girls, the Governor will direct DOH to establish the Maternal Mortality Review Board, composed of health professionals who serve and/or are representative of the diversity of women and mothers across the state, to work in collaboration with the American College of Obstetricians and Gynecologists (ACOG) and the City of New York to review each maternal death in New York State. The Board will also be tasked with making policy recommendations to DOH to improve maternal outcomes by reducing maternal mortalities and morbidities, and recommendations would specifically contemplate racial and economic disparities.

Launch the Best Practice Summit with Hospitals and OB-GYNs: The Governor will launch a summit with the Greater New York Hospital Association, Healthcare Association of New York State, ACOG, and other stakeholders to discuss the issue of maternal mortality and morbidity, including racial disparities. The Summit will address statistics, best practices, community awareness, medical school curricula, graduate medical education, and practicing physician training, with the goal of implementing immediate measures and identifying future action items to improve maternal care and management.

Support Centering Pregnancy Demonstrations: New York will increase support for a program similar to doulas included in the Governor’s State of the State First 1,000 Days of Life initiative, known as centering pregnancy. The program is designed to enhance pregnancy outcomes through a combination of prenatal education and social support and has been associated with reduced incidence of preterm birth and low birth weight, lower incidence of gestational diabetes and postnatal depression, higher breastfeeding rates and better inter-pregnancy spacing. Centering pregnancy has also been shown to narrow the disparity in preterm birth rates between black women and white women.

Require Continuing Medical Education and Curriculum Development: The Governor will call on the State Board for Medicine to require appropriate practitioners to participate in continuing medical education on maternal mortalities/morbidities and disparate racial outcomes. Additionally, DOH will work with medical schools, including SUNY’s four medical schools, to build materials on maternal mortality/morbidity and disparate racial outcomes into their medical school curriculum, graduate medical education and training for practicing physicians.

Expand the New York State Perinatal Quality Collaborative: The State will expand its collaboration with hospitals across New York State to review best practices to address hemorrhaging and implement new clinical guidelines to reduce maternal mortality. Already over 70 hospitals are engaged voluntarily in this effort.

Launch Commissioner Listening Sessions: Commissioner Zucker will partner with community activists to visit high-risk areas across the state to listen to local stakeholders, including pregnant women. The listening sessions will explore the barriers that women face that make it difficult to obtain routine prenatal care as well as discuss strategies to better increase awareness of the signs and symptoms of pre-eclampsia and other causes of maternal mortality and morbidity.

Bea Grause, President of the Healthcare Association of New York State, said: “HANYS appreciates the Governor’s attention to this very important issue. Many of the components of this plan are evidence-based, team-oriented and have strong support throughout the healthcare community. We look forward to working with the administration to reduce health disparities and ensure that pregnant women and new mothers have reliable access to the highest quality care.”

“New York’s hospitals are extraordinarily concerned about maternal mortality and work on multiple fronts to address it. However, new hope is offered by Governor Cuomo’s multifaceted initiative, and we are committed to working with the State to achieve material reductions in maternal mortality. We applaud the Governor for his leadership on this critically important issue,” added Greater New York Hospital Association President Kenneth E. Raske.

DOH’s Maternal Mortality Review Committee, established in 2010, conducts a comprehensive, population-based examination of maternal mortality, to determine trends over time. The Committee recommends areas to focus on for education and materials to use in quality improvement efforts.

DOH is also promoting Well Woman Care through the Every Woman, Every Time campaign, asking healthcare providers to ask all female patients of reproductive age, “Would you like to become pregnant within the next year?” This proactive approach starts a conversation about preparing for a healthy pregnancy, especially for women with chronic conditions that place them most at-risk of pregnancy complications. For women who are not planning to become pregnant, it initiates a conversation about contraception.

The Department also established the Partnership for Maternal Health (PMH), to promote equity in maternal health outcomes within at-risk populations, to reduce ethnic and economic disparities, and end preventable mortality and morbidity in the State. This is a collaboration among public health organizations, professional societies, hospital associations, and providers. The PMH has a webinar for continuing education credits on Well Woman care targeting all healthcare providers under development.