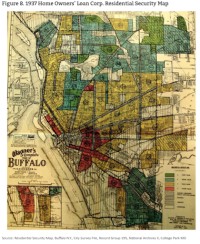 Report by Department of Financial Services Finds Significant Lack of Lending in Majority-Minority Neighborhoods and to Homebuyers of Color, Decades After Redlining Was Banned by Law

Department of Financial Services Entered Settlement with Hunt Mortgage Aimed at Improving Poor Performance in Lending to Communities and Borrowers of Color; Several Other DFS Investigations Are Ongoing

Following Governor Andrew M. Cuomo’s 2021 State of the State proposal to increase homeownership rates in communities that have been adversely impacted by redlining, the Governor today announced the findings of a new report by the New York State Department of Financial Services on redlining in the Buffalo metropolitan area. Buffalo remains one of the most racially segregated cities in the United States decades after the practice of redlining and other forms of housing discrimination were banned by law. DFS’ report found a distinct lack of lending by mortgage lenders, particularly non-depository lenders, continues today in Buffalo neighborhoods with majority-minority populations and to minority homebuyers in general. 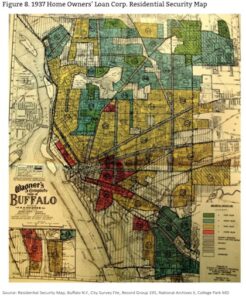 “Underserved communities, especially families of color, continue to face housing discrimination, in the form of limited access to mortgage lending, facing a roadblock to achieve the American dream,” Governor Cuomo said. “The report reaffirms the importance of the State of the State proposal to increase access to mortgage loans to close the racial wealth gap to help us build back better for a fairer New York.”

Superintendent of Financial Services Linda A. Lacewell said, “The findings of this report are particularly troubling. Homeownership is a critical path to building wealth and economic stability, and the data is clear – families of color, particularly African Americans, do not have equal access to mortgage lending in Buffalo compared to white households. We now have the opportunity to right some of the wrongs of the past by looking at the entire problem and formulating solutions so the legacies of segregationist policies do not continue into the future.”

Among other things, the DFS analysis found: 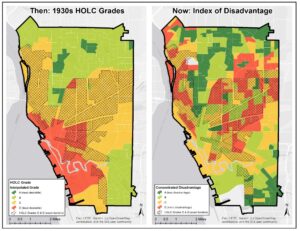 These recommendations are timely and critical in light of the continued fight for racial, social and economic justice. Populations in historically redlined neighborhoods also continue to experience economic disadvantage including lack of access to quality financial services, more environmental hazards, lower life expectancy, and worse health outcomes than the overall population, which the COVID-19 crisis has further aggravated.

The Governor also announced that DFS settled with Hunt Mortgage Corporation, a nonbank mortgage lender. DFS’ investigation found no evidence of intentional discrimination by Hunt Mortgage or a violation of fair lending laws. However, DFS found that weaknesses in Hunt Mortgage’s fair lending and compliance programs and lack of sufficient attention to fair lending issues contributed to the company’s poor performance in lending to people of color and in majority-minority neighborhoods. In a good faith effort, Hunt agreed to take significant steps to improve its service to the entire community, including the following:

DFS continues to investigate several other lenders and will announce findings as those cases are resolved.

To review the full report, including charts of lenders’ performance, visit the DFS website.