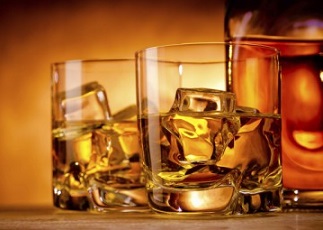 Governor Andrew M. Cuomo today announced that state and local law enforcement agencies throughout New York will be stepping up patrols to crack down on impaired driving during the holiday travel season. The enforcement campaign will run through Friday, January 1. This crackdown is part of the national “Drive Sober or Get Pulled Over” initiative designed to reduce alcohol and drug-related traffic crashes. It is sponsored by STOP-DWI with funding from the Governor’s Traffic Safety Committee.

“New York has zero tolerance for impaired driving,” Governor Cuomo said. “Motorists who drive under the influence not only put themselves at risk, but endanger the lives of everyone else. Be safe and smart this holiday season, whether you’re on the road or not. If you must travel, drive sober or have a plan in place to get where you’re going safely.”

During the 2019 enforcement campaign, law enforcement throughout the state arrested 5,677 people for impaired driving. In total, 159,133 tickets were issued for vehicle and traffic law violations. Full breakdown here:

DMV Commissioner and Chair of the Governor’s Traffic Safety Committee Mark J.F. Schroeder said, “The Governor’s Traffic Safety Committee is proud to support these initiatives that help get impaired drivers off New York’s roads. I thank our law enforcement and STOP-DWI officials for their work in making holiday travel safer for everyone. It’s simple, have a plan to get home safely.”

NYS STOP-DWI Foundation Chairman Reginald Crowley added, “Every year, too many lives are ruined by impaired driving. Make sure you have a safe ride home.”

The STOP-DWI program was created to empower counties to coordinate local efforts to reduce alcohol and other drug-related traffic crashes. All 62 counties have opted to participate. Some examples of programs funded by STOP-DWI are: specially trained police units dedicated to DWI enforcement, hiring of special prosecutors and probation officers to handle the caseload, monitoring ignition interlock devices, supporting rehabilitation services, and developing public information and education campaigns tailored to communities within their respective regions. To learn more, visit http://www.stopdwi.org/.

In addition to STOP-DWI, the GTSC supports training for Drug Recognition Experts (DRE). DREs are specially trained officers utilized by law enforcement when a driver appears to be impaired, but police have ruled out alcohol as the cause or sole cause of impairment. A DRE receives extensive training that has been approved by the National Highway Traffic Safety Administration and the International Association of Chiefs of Police. The training allows officers to observe and document signs and indicators of impairment within each of seven drug categories including illicit and prescription drugs.