Governor Andrew M. Cuomo today announced that state and local law enforcement agencies throughout New York will be stepping up patrols to crack down on impaired driving during the busy holiday travel season. The enforcement campaign will run from Wednesday, December 11 through Wednesday, January 1. Part of the national “Drive Sober or Get Pulled Over” initiative, this crackdown is designed to reduce alcohol and drug-related traffic crashes. It is sponsored by Special Traffic Options Program for Driving While Intoxicated, with funding from the Governor’s Traffic Safety Committee.

“We want New Yorkers to travel safely so they can celebrate the holidays with their friends and families,” Governor Cuomo said. “I am asking every driver to consider the danger they pose to themselves and others when they choose to drive impaired. There will be zero tolerance for impaired driving, and state and local law enforcement will be highly visible to ensure that every impaired driver is caught and held accountable.”

To kick off the enforcement campaign, a press event was held today at Crossgates Mall in Albany. GTSC and Department of Motor Vehicles officials were joined by state and local law enforcement and STOP-DWI coordinators from across the state. Following the event, shoppers had an opportunity to wear specialized goggles that demonstrate the effects of drug and alcohol impairment and to better understand how a person’s ability to drive is impacted by using drugs or alcohol.

During the 2018 enforcement campaign, law enforcement throughout the state arrested 4,142 people for impaired driving and issued 144,197 tickets for other vehicle and traffic law violations.

New York DMV Commissioner and GTSC Chair Mark J.F. Schroeder said, “Responsible driving must be the number one priority as motorists travel this holiday season to visit family and friends. Impaired driving is inexcusable and needlessly puts you and others sharing the road in danger. I applaud both our law enforcement agencies across the state and STOP-DWI coordinators for their efforts in getting impaired drivers off our roadways.”

New York State Police Superintendent Keith M. Corlett said, “All year long, our members work diligently to reduce impaired driving crashes and promote traffic safety. Our goal during the holiday season is to step up our efforts to take intoxicated and impaired drivers off our roadways before they injure or kill other motorists and their passengers, and to remind everyone to make responsible driving decisions when celebrating. We want everyone to have a happy holiday – but we also want you to have a safe one.”

A major component of New York’s efforts to combat impaired driving is the Special Traffic Options Program for Driving While Intoxicated. The state’s STOP-DWI program is the nation’s first self-sustaining impaired driving program. The program is funded from fines paid by convicted impaired drivers. Program coordinators are comprised of diverse professional backgrounds, including law enforcement and non-law enforcement. 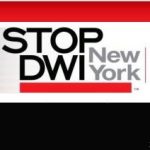 The STOP-DWI program was created to empower counties to coordinate local efforts to reduce alcohol and other drug-related traffic crashes. All 62 counties have opted to participate. Some examples of programs that STOP-DWI funds are: specially trained police units dedicated to DWI enforcement, hiring of special prosecutors and probation officers to handle the caseload, monitoring ignition interlock devices, supporting rehabilitation services, and developing public information and education campaigns tailored to communities within their respective regions. To learn more, visit http://www.stopdwi.org/.

In addition to STOP-DWI, the GTSC supports training for Drug Recognition Experts. DREs are specially trained officers utilized by law enforcement when a driver appears to be impaired, but police have ruled out alcohol as the cause or sole cause of impairment. Each DRE receives extensive training that has been approved by the National Highway Traffic Safety Administration and the International Association of Chiefs of Police. Training allows officers to observe and document signs and indicators of impairment within each of seven drug categories including illicit and prescription drugs. For more information about GTSC, visit safeny.ny.gov, or follow the GTSC conversation at Facebook and Twitter.