Amid the ongoing COVID-19 pandemic, Governor Andrew M. Cuomo announced on Friday April 10th,  New York State is ramping up antibody testing, a key component of any plan to reopen the economy. The state is currently conducting 300 of these antibody tests, and is on track to conduct 1,000 per day by next Friday and 2,000 per day by the following week. As part of the state’s continued efforts to bring mass testing to scale, the Governor offered a full partnership with the federal government to conduct this important work. In the interim, the Governor announced that New York, Connecticut and New Jersey will create a regional testing partnership to bring mass testing to scale for residents in these states. 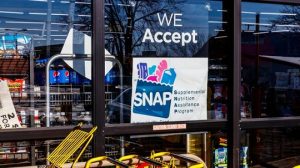 Governor Cuomo also announced an additional $200 million in emergency food assistance will be available for more than 700,000 low-income households enrolled in the Supplemental Nutrition Assistance Program. Those enrolled in SNAP and not yet receiving the maximum benefit will receive an additional payment to bring them up to this amount in March and April. The supplemental benefits will be issued in April and delivered directly to recipients’ existing Electronic Benefit Transfer accounts. Households eligible for the supplement that live in counties outside of New York City will begin receiving the supplemental emergency benefit starting on April 13, and all eligible households will have received it by April 24. In New York City, the emergency benefits will be issued starting on April 14, and the issuance completed on April 25.

Governor Cuomo is also working with New York’s Congressional delegation to create a COVID-19 Heroes Compensation Fund to support health care and other frontline workers and their families who contracted COVID-19. 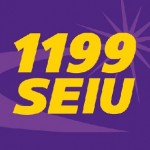 The Governor also announced new partnerships with the private sector to provide housing for frontline medical workers. Airbnb co-founder and CEO Brian Chesky will contribute $2 million to help provide rooms in union hotels at no cost to frontline workers. As part of this effort, 1199 SEIU is partnering with Airbnb to offer housing to its members — comprised of hospital and other healthcare workers — as they fight the COVID-19 crisis statewide. Additionally, the InterContinental Times Square, Yotel and the Hudson Hotel are providing an additional 800 free rooms for health care workers coming to New York City from out of state, collaborating with the Hotel Association of New York City, MetLife and the Related Companies.

As part of Governor Cuomo’s social media awareness campaign, the state today released a video that features New Yorkers showing us their reality as they stay home under the state-wide Pause restrictions. Working in partnership with Resonant Pictures, the state put out a call for photographs of life in the city over the past three weeks. The video, set to the iconic song by The Fray, truly illustrates “How to Save a Life,” during the pandemic. 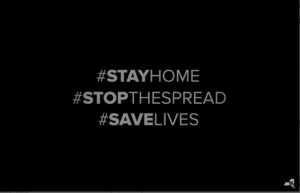 “The data has shown that what we do today will determine the infection rate two or three days from now, so we must continue to do what we are doing even though it is difficult –because it is working,” Governor Cuomo said. “The key to reopening is going to be testing. New York State has been very aggressive on testing, and our state lab is now developing an antibody test which is fast and non-invasive. The State Department of Health can currently do 300 tests a day and by next Friday, they will be able to do 1,000 tests and 2,000 tests the following week. That’s great, sounds like a lot, but 2,000 tests are still a drop in the bucket, and I’m proud of how New York has advanced on testing.”

Finally, the Governor confirmed 10,575 additional cases of novel coronavirus, bringing the statewide total to 170,512 confirmed cases in New York State. Of the 170,512 total individuals who tested positive for the virus, the geographic breakdown is as follows: