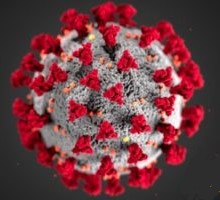 Governor Andrew M. Cuomo on Monday, January 25th announced that New York State’s rate of transmission, or Rt, has dropped below 1. An Rt of 1 or more means COVID-19 will spread quickly.

The Governor also announced that elective surgeries can resume in Erie County following a sustained decline in Western New York’s positivity rate. The county’s positivity has steadily declined for nearly three weeks, going from 8.6 percent on January 7 to 5.2 percent. Hospitalizations have declined from 427 on December 31 to 323. The county’s hospital capacity is at 48 percent.

“We predicted that increased social activity would lead to a spike in COVID cases, and that the spike would eventually dissipate, and the ongoing fulfilment of that prediction is good news. The rate of transmission—one of the most important numbers—has now declined below one, meaning the virus is no longer spreading quickly. And when those numbers decrease, you can increase economic activity,” Governor Cuomo said. “That decline has extended to Erie County, and we now feel comfortable resuming elective surgeries there and will have more adjustments over the next couple of days. This is good news, but don’t get cocky with COVID—this beast has been ahead of us from the beginning and it will require New Yorkers to stay vigilant, wash their hands, wear masks and socially distance to get to the light at the end of the tunnel together.”

Of the 1,338,990 total individuals who tested positive for the virus, the geographic breakdown is as follows:

Yesterday, 167 New Yorkers died due to COVID-19 in New York State, bringing the total to 34,242. A geographic breakdown is as follows, by county of residence: