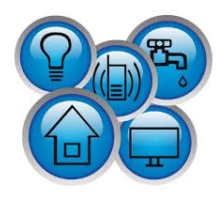 Governor Andrew M. Cuomo on Friday October 30th announced that, in the wake of repeated failures by utility and telecom companies to meet their obligations to New Yorkers, he has appointed Rory Lancman, a seasoned lawyer and legislator, as statewide Special Counsel for Ratepayer Protection. In this role, Lancman will represent the interests of residential and commercial customers of New York’s regulated electric, gas, water, and telecom companies, with the ability to participate as a party in Public Service Commission proceedings, conduct hearings and investigations, undertake discovery to compel documents and testimony, and otherwise marshal the resources of the Department of Public Service to safeguard the interests of ratepayers and hold accountable those utilities and telecoms which fail to meet their contractual and regulatory obligations to their customers.

“Utility companies do not have a God-given right to operate in New York, and when they abuse and bully consumers they must be held accountable. I am creating a new position of Special Counsel for Ratepayer Protection at the Department of Public Service to help ensure that happens,” Governor Cuomo said. “Rory Lancman has a long record of public service and his background makes him ideally suited to help protect the interests of New Yorkers and ensure they get the service they deserve.”

“Every New Yorker should be able to turn on the lights, heat their homes and open their faucets to clean water because their electricity, gas and water providers are meeting their obligations to provide safe, reliable, and affordable service as the law requires,” said Councilman Lancman. “I’m honored by the Governor’s appointment and grateful for his commitment to holding New York’s utilities and telecoms accountable to their most important constituency — the rate paying public.”

The Special Counsel may make presentations to the New York State Public Service Commission at its monthly meetings on findings and file regular reports to the Commission assessing the operations of such utilities. The Special Counsel may also issue reports, hold forums with consumers and stakeholders in the community and various industry sectors, and make recommendations regarding the necessity of legislation, will also have a dedicated website landing page that will refer complaints from consumers for investigation by the Special Counsel.

A product of NYC public schools, Queens College and Columbia Law School, Rory Lancman spent over a decade representing workers in discrimination and workplace safety matters, litigating cases in state and federal court and before city, state, and federal agencies, before being elected to the New York State Assembly in 2006 and the New York City Council in 2013.

Lancman currently chairs the New York City Council Committee on the Justice System, overseeing much of the City’s civil and criminal justice system, including the Mayor’s Office of Criminal Justice, the boroughs’ five district attorneys, City-funded public defenders and civil legal services providers, and the courts. He has authored numerous laws reforming the criminal justice system and protecting women from domestic violence, conducted robust oversight hearings leading to further legal system improvements, and has been an outspoken advocate and thought leader on civil rights and justice reform issues through numerous op-eds and public appearances.

Prior to his election to the state legislature, Lancman was an active grassroots community leader, having served as an officer or president of his respective tenant, homeowners, and condominium associations at various times in his life; as Chair of the Queens Hospital Center Community Advisory Board during the fight to prevent Mayor Rudy Giuliani from privatizing the hospital; as an appointed NYC community planning board member for sixteen years; and as an infantry officer in New York’s own 42nd Infantry Division.