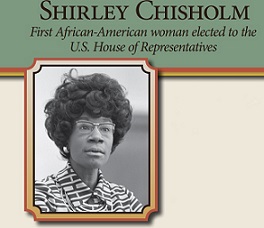 New Exhibit Pays Tribute to New York Women of Change—Those Who Were First, and Those Who Have Been Forgotten to be Honored in the Capitol

On March 6th Governor Andrew M. Cuomo announced the opening of the Women’s History Month exhibit honoring New York State female trailblazers and public servants. The exhibit is located in the Governor’s Reception Room on the second floor of the New York State Capitol and will run through the end of March.

New York has long been a leader in advancing women’s equality. From the women’s suffrage movement 100 years ago to present day, women have been on the front lines fighting for justice.

In the halls of the State Capitol, women serve the people of New York throughout government. Whether becoming first-time elected officials, being appointed to the highest government positions, driving meaningful change behind the scenes, or as journalists telling the stories of government, the women in this exhibit have made the lives of New Yorkers better. While some became well-known figures, others were simply forgotten over time, and this exhibit helps serve as a reminder of their work.

“New York State is the proud birthplace of the women’s rights movement and countless women who have broken down barriers and set the stage for the next generation of powerful female leaders,” Governor Cuomo said. “This exhibit honors many of those inspiring women past and present and the work they accomplished – often with little or no recognition – to make New York a more fair and just state for all.”

“A small group of women throughout history have played a central role in New York State government and they were doing it first and at a time when they weren’t recognized,” Melissa DeRosa, Secretary to the Governor, said. “This exhibit finally pays tribute to many of those behind-the-scenes or otherwise forgotten trailblazers, and I hope it will inspire countless generations of women to continue smashing gender stereotypes and demanding a seat at the table.” 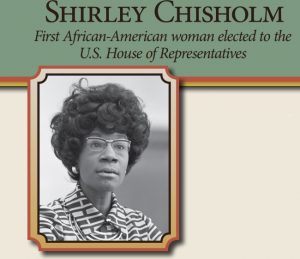 In honor of Women’s History, this exhibit features women, past and present, who have stood up for the rights of their fellow citizens and helped define New York as the land of opportunity.

In total, 28 women are being recognized including:

1. Murray Hall – A Tammany Hall political figure, Hall had an active behind-the-scenes role in 19th century New York politics. Realization that Hall was born biologically as a woman named Mary Anderson, did not come until Hall’s death in 1901.

2. Marguerite “Missy” LeHand – Missy LeHand began to work with Franklin D. Roosevelt as a secretary in 1920 on his vice-presidential campaign, then remained working for him in the private sector and continued to serve as a valued aide during his tenure as Governor and President.

3. Belle Moskowitz – A champion of worker protections, she served as a close advisor to Governor Al Smith while he was in office and as campaign manager during his campaign for President.

4. Rhonda Fox Graves – First woman elected to NYS Senate and first woman to preside over the Senate. Sponsor of legislation that allowed women to serve on juries.

7. Marie T. Bates – A veteran Capitol reporter for United Press International. She was also admitted to the Legislative Correspondents Association in 1967.

8. Isabelle Dolores Wedemeyer – One of the first women to be admitted to the Legislative Correspondents Association when the organization began admitting women in 1967. She was a reporter for The Albany Knickerbocker News.

9. Shirley Chisholm – The first African-American woman elected to the U.S. House of Representatives.

10. Elizabeth Flood Morrow – The longest-tenured female correspondent in the LCA, covering the Capitol starting in the 1950’s.

13. Elizabeth A. Buechner – A reporter for Gannett News Service, she was named the first female Legislative Correspondents Association President in 1978.

20. Hillary Rodham Clinton – First female New York State Senator, Secretary of State, First Lady, and the first woman nominated by her party to run for President of the United States.

22. Melissa DeRosa- First woman to serve as Secretary to the Governor of New York.

24. Louann Ciccone – secretary for Program and Policy for Speaker Carl E. Heastie, and is the first woman to serve in this role for the New York State Assembly.

26. Crystal D. Peoples-Stokes – The first African-American to be elevated to serve as Majority Leader of the New York State Assembly.

28. Letitia James – The first woman of color to hold statewide office in New York and the first woman to be elected Attorney General.

The Women’s History Month exhibit is free and open to the public. For more information about visiting the New York State Capitol visit https://empirestateplaza.ny.gov/tours/new-york-state-capitol.