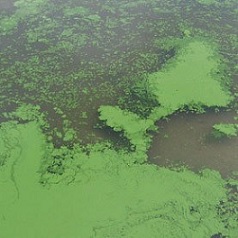 “Protecting water quality is a top priority to ensure safe drinking water and the health of New Yorkers,” Governor Cuomo said. “This pilot program will allow us to continue to monitor the status of harmful algal blooms across our lakes, but more importantly, will help us to gather crucial information that will assist us as we work to eliminate these blooms altogether.”

As part of the 2018 State of the State address, Governor Cuomo directed the state’s Water Quality Rapid Response Team, co-chaired by Department of Environmental Conservation Commissioner Basil Seggos and Department of Health Commissioner Howard Zucker in partnership with the New York State Department of Agriculture and Markets, to convene a series of regional summits. The summits brought together national, state and local experts to discuss the science of HABs and develop strategic Action Plans for 12 priority lakes across New York, including Skaneateles and Owasco Lakes, that have experienced or are vulnerable to HABs. The lessons learned from these Action Plans are currently being used to develop strategic plans for restoring water quality and preventing HABs in other lakes such as Seneca Lake, where HABs have also been reported. The teams focused on conditions that were potentially affecting the waters and contributing to HABs formation, and recommended immediate and long-range tailored actions to reduce blooms.

The project announced today is an outgrowth of the HABs initiative and a collaboration between the DEC and the United States Geological Survey’s (USGS) NY Water Science Center.

Last week, project researchers deployed two “advanced-monitoring stations” at different locations in the northern reaches of Skaneateles Lake. These locations, one near-shore and one off-shore, provide water-quality information that will contribute to the understanding of HABs development, duration, and effects on water quality.

Additional monitoring stations are scheduled to be deployed in Owasco and Seneca lakes in mid-September.

DEC Commissioner Basil Seggos said, “New York’s HABs initiative is the most comprehensive effort of its kind in the nation and the projects underway will bolster the state’s efforts to reduce these potentially dangerous blooms. With our state agency partners and USGS, the advanced monitoring stations to study and track HABs complement Governor Cuomo’s continued efforts to protect water quality across the state. New York State is committed to identifying the underlying causes of HABs and implementing new and innovative strategies to treat and prevent future occurrences to safeguard our clean water for future generations.” 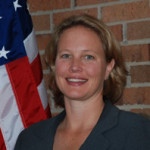 Onondaga County Executive Joanie Mahoney stated, “Thanks to the leadership of Governor Cuomo, experts are continuing to investigate the cause of harmful algal blooms in Upstate New York. They are also finding new ways to combat these blooms and the threat they pose to our vital water sources. This pilot project is the next critical piece of the state’s comprehensive response to protect vulnerable lakes and prevent future algal blooms in our region.”

City of Syracuse Mayor Ben Walsh added, “Today’s announcement will provide much needed resources to monitor and address the threat of Harmful Algal Blooms to our waterways. Clean water is vital for health, safety, and quality of life in our communities, and I want to thank Governor Cuomo for recognizing the importance of monitoring and quality data in attacking this serious issue head on.”

The sensors collect information on these parameters at 15-minute intervals, 24-hours a day. Data collected are being sent to the internet in real-time and incorporated into the USGS National Water Information System (NWIS). Once in NWIS, the data are immediately available to anyone with internet access. Data are free to download and use by visiting the “Water Quality Data Viewer“.

Skaneateles Lake is designated by New York State as a Class AA-Special water body, suitable for drinking water, recreation and fishing. Skaneateles Lake is the fifth largest of the Finger Lakes and serves as the primary drinking water source for more than 200,000 Central New Yorkers, including the city of Syracuse and other municipalities. In 2017, Skaneateles Lake experienced a prevalent shoreline and open water bloom from mid-September through early October. This bloom, more accurately called cyanobacteria, was the first confirmed incident for this relatively pristine lake.

Owasco Lake, a 6,640-acre lake that is one of the Finger Lakes in central New York, is one of the 12 priority lakes impacted by HABs. The lake is used for swimming, fishing, and boating. In addition, Owasco Lake is the primary drinking water source for the city of Auburn, town of Owasco, and many lakefront property owners. Owasco Lake was designated as an “impaired waterbody” due to its susceptibility to HABs.

Seneca Lake, located within Ontario, Yates, Seneca, and Schuyler counties, is in the geographic center of the Finger Lakes. At the northern tip of the lake is the city of Geneva, and at the southern tip is the village of Watkins Glen. Seneca Lake has the largest volume of water of the Finger Lakes and is designated by New York State as a Class AA-(TS) water body, suitable for drinking water, recreation, and fishing. Seneca Lake has experienced HABs of high toxicity during 2015, 2016, and 2017.

For more info on the Governor’s HABs initiative and the 12 Action Plans click here.