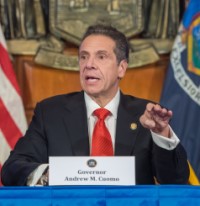 “All the global experts say the same thing: This virus has phases, and as the phase changes your plan should change. We’re seeing an increase with the numbers across the country and within our own state. It started with the fall, and it’s going to continue and probably worsen in the winter,” Governor Cuomo said. “As we go through the holidays and winter months, it’s going to be more imperative than ever for New Yorkers to wear their masks, wash their hands, avoid gatherings large and small, and stay New York Tough.”

The Governor noted that the positive testing rate in all focus areas under the state’s Micro-Cluster strategy is 5.69 percent, and outside the focus zone areas is 3.13 percent. Within the focus areas, 50,972 test results were reported yesterday, yielding 2,901 positives. In the remainder of the state, not counting these focus areas, 168,470 test results were reported, yielding 5,275 positives. Full results for tests reported yesterday, the day prior, the current 7-day rolling average, and last two weeks is below:

Micro-cluster zone 7-day average positivity rates for today, yesterday, the day before, last week, and the week prior is below:

Of the 628,375 total individuals who tested positive for the virus, the geographic breakdown is as follows:

Yesterday, 39 New Yorkers died due to COVID-19 in New York State, bringing the total to 26,588. A geographic breakdown is as follows, by county of residence: