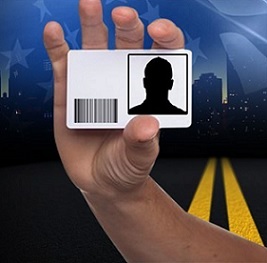 New York’s efforts to deter underage drinking resulted in a record number of fake identification seizures in 2018. The year-round Operation Prevent initiative focuses on concert venues, bars, restaurants and alcohol retailers throughout the State. The State seized 892 fake documents as part of the initiative, up from 814 in 2017.

“It goes without saying that New York State has absolutely zero tolerance for underage drinking, and last year’s record number of fake ID seizures demonstrates once again that we are deadly serious about tackling this issue,” Governor Cuomo said. “Underage drinking often leads to avoidable tragedies, and we will continue these successful enforcement measures to crack down on illegal behavior and ensure the safety of all New Yorkers.”

Investigators from the New York State Department of Motor Vehicles are taking several steps to strengthen their enforcement efforts that have led to higher numbers of fake ID seizures. DMV investigators are now using a mobile computer at large venues to speed the processing of tickets and working closely with state and local law enforcement to identify areas where underage drinking is occurring and enforcement is needed. In one enforcement initiative in December, DMV and SLA investigators ticketed 115 people in a bar in Hyde Park, resulting in the suspension of the facility’s liquor license.

Last year, 922 people were ticketed for using false identification or using another person’s identification, up from 843 in 2017. Additionally, 892 fake documents were seized, up from 814 the year before.

Fake identification arrests and the number of IDs seized in 2018 by region include:

In addition, the State Liquor Authority issued 1,087 penalties to licensed retailers for underage sales in 2018. The SLA also promotes compliance through the Alcohol Training Awareness Program, a training focused on reducing sales to minors and intoxicated patrons. The number of ATAP trainings completed by licensees and their staff increased by more than 20 percent from 18,881 in 2017 to 23,139 in 2018. This includes more than 400 business owners and servers who received free ATAP training hosted by the SLA in collaboration with the Empire State Restaurant & Tavern Association as part of Governor Cuomo’s continued efforts to combat underage drinking.

Mark Schroeder, Acting DMV Executive Deputy Commissioner and Acting Chair of the Governor’s Traffic Safety Committee said, “We work very hard to send the message to young people to not drink until they are of the appropriate legal age. We want to prevent tragedies. The public should be aware that our investigators are out checking for fake identifications, and people risk arrest if they try to use one.”

New York State Office of Alcoholism and Substance Abuse Commissioner Arlene González-Sánchez added, “Underage drinking comes with high risks and consequences, including changes in brain development that may have lifelong effects. We must continue engaging in these efforts to curb underage drinking and educate the public about its dangers and negative societal and personal impacts.”

In 2017, DMV’s Operation Prevent was honored with an award from the American Association of Motor Vehicle Administrators.