“The allegations against Facebook advertisers are extremely troubling and fly in the face of everything that New York stands for,” Governor Cuomo said. “I am calling on the Department of Financial Services to investigate these claims and help ensure that New Yorkers seeking housing for themselves and their families are not discriminated against in any way. We will take aggressive action and ensure that those who are behind these reprehensible alleged practices are held fully accountable.”

“We are taking action to fully uncover the deeply concerning allegations being made against Facebook,” said Lieutenant Governor Kathy Hochul. “Our state will not tolerate any form of discrimination and will actively work to ensure fairness and equality for all New Yorkers. This investigation is an important step forward to protect people’s rights.”

Financial Services Superintendent Linda A. Lacewell said, “DFS is committed to ensuring that all New Yorkers are protected and not discriminated against, no matter whether they’re engaging in social media apps or simply opening a bank account. The Department will investigate Facebook advertisers to examine these disturbing allegations and we are prepared to take whatever measures necessary to make certain that all financial services providers are in compliance with New York’s stringent statutory and regulatory consumer protections.” 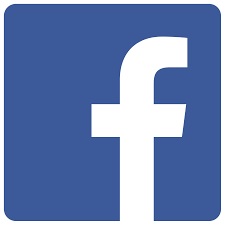 According to reports, Facebook’s advertising platform allows advertisers to modify or block ads using ZIP code information to exclude consumers based on race, color, national origin, religion, familial status, sex and disability, among other classifications. Facebook touts its advertising platform as a powerful means for housing and housing-related advertisers to reach desired consumers. In addition to the specific tools made available to advertisers, Facebook also allegedly uses machine learning and predictive analytics to categorize users to project each user’s likely response to a given ad, which may recreate groupings defined by their protected class.

Senator Kevin Thomas, Senate Chair of Consumer of Affairs Committee, said, “Large social media platforms have unprecedented access to our personal data. It is critical that we take a proactive approach in protecting our private data and preventing digital discrimination. I applaud Governor Cuomo for recognizing the seriousness of this issue, and for taking action to ensure that our personal data is not being used in deceiving and discriminatory ways. I am confident that DFS will work to address this critically important issue and continue to promote the protection of consumer privacy across New York State.” 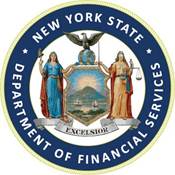 Under Governor Cuomo’s administration, New York has taken regulatory and legislative action to ensure the protection of consumers across the state. In March, the Governor announced a new law limiting debt collections against deceased debtors and their families following reports that debt collection companies have tried to use techniques to pressure relatives for payments. Under the amendment, debt collection companies can no longer make any misrepresentation about the family’s obligation to pay the debt.

Earlier this year, the Governor also launched an education initiative for the digital age, including an examination of the terms of service and privacy policies of popular web applications and services, following reports that Facebook secretly accessed personal information of users. In February, Governor Cuomo directed the New York Department of State, Department of Financial Services and other state agencies to investigate these reports and urged federal regulators to also take action to protect the rights of consumers.

In May, the Governor called on the New York State Department of Financial Services and the New York State Department of Taxation and Finance to investigate TurboTax, H&R Block and other major tax return preparers following recent reports that these companies allegedly used Google advertisement and website features to deceptively hide additional tax filing options from low-income individuals who are eligible to file their taxes for free.

In January, the Governor issued a consumer alert warning New Yorkers about a bug in the Apple FaceTime app that reportedly allowed users to receive audio and video from the device of the person were calling even before the person accepted or rejected the call. Governor Cuomo, in partnership with Attorney General Letitia James, immediately took action and announced an investigation into the privacy breach, directing New Yorkers to contact the Department of State’s Division of Consumer Protection to report consumer complaints.

In addition, as part of the FY 2020 Enacted Budget, the Governor signed legislation passed by the legislature implementing sweeping reforms for licensing companies servicing student loans held by New Yorkers. The protections require that they meet standards consistent with the laws and regulations governing other significant lending products. The new statute also ensures that no student loan servicers can mislead a borrower or engage in any predatory act or practice, misapply payments, provide credit reporting agencies with inaccurate information, or any other practices that may harm the borrower.

In the wake of data breaches at credit reporting agencies such as Equifax that exposed the private data of millions of New Yorkers, the Department of Financial Services—at the Governor’s direction—issued a final regulation requiring agencies with significant operations in New York to register with DFS for the first time and to comply with New York’s first-in-the-nation cybersecurity standard. The regulation also provides the DFS Superintendent with the authority to deny, suspend and potentially revoke a consumer credit reporting agency’s authorization to do business with New York’s regulated financial institutions and consumers if the agency is found to be out of compliance with certain prohibited practices.