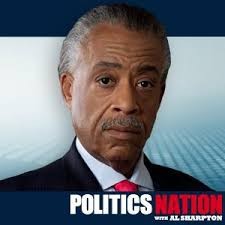 in the Black and Hispanic and poor communities in this state. That’s where the focus has to be. It was a terrible injustice during COVID. It has to be corrected during the vaccination process, and we’ll do it in this State and it should be done nationwide.”

A rush transcript of the Governor’s interview is available below:

Reverend Sharpton: Joining me now, the Governor of New York Andrew Cuomo. Thank you for joining us, Governor.

Governor Cuomo: Good to be with you, Reverend. Happy New Year.

Reverend Sharpton: Happy New Year to you. Governor Cuomo, something that kind of outraged me, I want to go through first. I want to play a little more of that audio from the top, President Trump leaning on Georgia officials to basically give him a win there. Listen to this:

Reverend Sharpton: Now, I’ve known you a long time. How would you, as Governor, react if you heard that the President was trying to lean on your state officials like that? 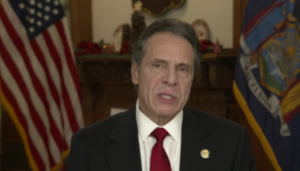 Governor Cuomo: Well, you know Reverend as shocking and disappointing as it is, the movie is going to end the way the movie started. This is a President who never respected the position, who never respected the law. That happened for 4 years and that’s why he’s no longer going to be the President. I think they’re desperate, they’re clearly desperate. The election is over. I think it’s pointless.

Reverend Sharpton: You and I worked a lot down through the years of trying to get people to register to vote, get people to come out to vote. How disheartening is this to hear people that have already been cynical about voting that we finally got some enthusiasm and hear this kind of chicanery from – despite whatever personal views I have of Donald Trump – is coming out of the mouth of the President of the United States?

Governor Cuomo: This is 2021, Rev, and I’m trying to find the positive. We’ve seen enough darkness. The good news is, it was rejected. It was rejected. These tactics by the President are not new. This telephone conversation is not new. He has violated the law, in my opinion, all through his presidency.

The good news is, the people of this country realized it, rejected it, came out, voted in record numbers and he lost. I don’t see his behavior here as anything different than he has done for 4 years. I’ll tell you the truth. He’s more desperate about it. They’re looking at the clock and they’re counting the days, but it’s not new, Rev. It’s what they’ve done from day one.

Reverend Sharpton: I join you in giving credit to the people, as well as to the Republican officials that resisted this – Republican officials in Georgia. Governor, I understand, and why I actually asked you to come on, you have some big news regarding the vaccine and your own efforts to calm fears particularly in the Black and Latino and the Latinx communities around its distribution in New York. A lot of us have been concerned about fair distribution and you have some big news in that area.

Governor Cuomo: Reverend, we should be concerned about fair distribution. The COVID virus ravaged us, but the COVID virus also showed us the underlying injustices that we have in society: The social, racial, economic injustices.

Blacks died at twice the rate as whites during COVID. The Hispanic community died at one-and-a-half times the rate. Higher infection rate in the Black and Hispanic and poor communities and less COVID testing, because these are health care deserts and there were underlying health care disparities.

We’re now going to do the vaccine. Let’s learn in 2021, and let’s understand that we need to have special efforts to reach out to these communities. And I don’t think there’s been enough focus on this, frankly. If we just do the vaccine the way they’re talking about doing the vaccine, frankly, richer people, white people, they’ll find the vaccine. It’s going to be the poor communities that are left behind.

So what I said is, here’s my statement. I’m not going to take the vaccine until the same people are eligible and it is available in the Black and Hispanic and poor communities in this state. That’s where the focus has to be. It was a terrible injustice during COVID. It has to be corrected during the vaccination process, and we’ll do it in this State and it should be done nationwide.

Reverend Sharpton: So you are not going to do the vaccine until you’re sure that those communities have access to the vaccine, and you’ll do it at the time that they can do it as well?

Governor Cuomo: That is exactly right. You know, I understand the elected officials, they’re taking it first. I’m theoretically an essential worker, I could take it first. And I think there’s something to that statement, that you want to show people it’s safe, and I agree with that. My mother, Matilda, who you know, is going to turn 90 years old. Don’t tell anyone I said that. But she’s going to take it as soon as she’s available. But I want to make a different statement. I want to say that I’m going to take it when it’s available to my group, my age group, in the Black, Hispanic and poor communities in this state. Because there hasn’t been enough focus on coming up with special efforts to get it into those communities. The COVID testing never got into those communities. Health care treatment has never gotten into those communities. Let’s learn in 2021. It has to be a conscious effort and that’s where our focus should be.

Reverend Sharpton: I think that’s a big statement. That’s big news coming from the governor of New York, and I think that when you do get to that measure and decide to do it and do it publicly, that makes a national statement that a lot of people, I think, should acknowledge, that you’re right, there has been neglect in COVID testing and in vaccines. I think by you setting the bar there, I think has some serious implications for those of us that have been raising this issue.

Governor Cuomo: Yeah, and Rev, you know, at one point you put your money where your mouth is, right? Don’t get me wrong, I believe in the vaccine, I want to take the vaccine. I’m over 40 years old. I know it’s hard to tell. I move around a lot, I see a lot of people, and I would like the comfort of having the vaccine. But more, I want to make the point, everyone feels that way. Not just governors and Congresspeople and big shots. And it has to be available to everyone fairly.

I’ll take it when it is available to the poor communities in the South Bronx and the east side of Buffalo, et cetera. But it has to be a conscious effort, rev, because it’s not going to happen unless we make it happen. It didn’t happen during COVID. How do you explain twice the rate of death in the Black community? How do you explain that? Let’s learn and let’s move on and that’s what 2021 is all about.

Reverend Sharpton: All right, New York Governor Andrew Cuomo. Certainly, that is a big statement you made tonight. Thank you for joining us, and I’ve known you probably 40 years. I can say you are over 40 years old.