Governor Cuomo: “The New York State Republican Party knew exactly what they were doing. They did what Trump was calling for; it was hostile, it was ugly, it was racial, it was sexist and it, once again, headed the extreme elements and headed the hate and fanned the flames of hate, and somehow they believe this inures to their political benefit.”

Earlier today, Governor Andrew M. Cuomo was a guest on Keepin’ It Real with Reverend Al Sharpton. Yesterday, the Governor called on the FBI to investigate incidents involving the ‘Proud Boys’ group following disturbing videos and reports of violence over the weekend and directed the State Police Hate Crimes Unit to coordinate with the FBI and NYPDon thorough investigations into these incidents and any additional acts of violence or discrimination by the group across the state. 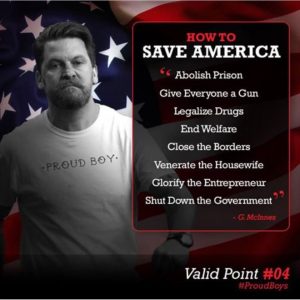 A rush transcript of Governor Cuomo’s interview is available below:

Reverend Al Sharpton: Over the weekend in New York a group called the Proud Boys, invited to the Republican party headquarters—violence erupted. None came out stronger and more fervently about this and the implications than the Governor of the state of New York, Governor Andrew Cuomo. I have him on the live line. Governor, thank you for coming on.

Governor Cuomo: Thank you. Thank you for having me, Reverend, and I want to first start by seconding Spike Lee’s comments about your leadership and being out front. I’m not really sure what “brick bats” means anymore, but I got the gist of it. Your voice has been so important, thank you.

Reverend Al Sharpton: Well thank you. Talk about brick bats, what they used to be, because you’re not near the same age, is violence. And there was violence at the Republican party headquarters. What are we looking at here, Governor?

Governor Cuomo: Well, I think two things, Reverend. First, the incident in and of itself. You have the New York State Republican party invite a group called the Proud Boys. The Southern Poverty Leadership Center says they’re a hate group. They’re a self-proclaimed male chauvinist group, white supremacist group. But they have a long history of violence. They were down in Charlottesville, banned from Twitter. The New York State Republican party invites them to speak in Manhattan. The invitation creates controversy. The Republican club was vandalized before. They bring the speaker in and he was foul and racist and chauvinistic and there was violence afterwards and the police are in the middle of the investigation. Why the Republican party would bring a group that has a history of violence. He was at NYU—New York University—and there was violence after he spoke there. So they knew exactly what they were doing and they brought him in anyway, into this state that you know we have no tolerance for hate speech. We understand the first amendment, we honor the first amendment, but hate speech is not protected speech under the first amendment and we know how to use brick bats in New York. So it was just incredible and malicious by the Republican party.

But secondly, what bothers me even more, the same weekend, last weekend, Trump was all over the airwaves talking about how Democrats are bad people and they create chaos and they are a mob. And that same weekend the Republican party in New York does this. Now I think sometimes one and one equals two. I think they are desperate for the midterms, they are trying to fire up their base because they’re afraid of the energy in the Democratic party, the so-called blue wave. The theory that Kavanaugh helped them is a lot of malarkey. The Kavanaugh steamroller, the abuse of Dr. Ford, only further agitated the Democrats and they’re petrified about the midterms and they’re just trying to fire up their base to counter the Democratic turnout that is inevitable. And I think this is how they do it. I think the New York State Republican Party knew exactly what they were doing. They did what Trump was calling for; it was hostile, it was ugly, it was racial, it was sexist and it, once again, headed the extreme elements and headed the hate and fanned the flames of hate, and somehow they believe this inures to their political benefit.

Governor Cuomo: That’s exactly right. Reverend, you knew what was going to happen when you invited this person and this group the Proud Boys. There’s been violence all across the country every time they appear. You knew what was going to happen when you brought them into Manhattan and you invited them and you previewed it and there was all sorts of outrage that they would be brought in, and the venue was vandalized before—and they still brought him in. They knew what they were doing. Now, we would say how counter-productive. I think if you’re a Republican Machiavellian you say, “no this is firing up our base. This is going to get our people energized because our people are actually motivated and stimulated by this talk.” But I don’t believe it was a coincidence that the President was saying at the exact same time, “Democrats are a mob. Democrats caused chaos. Democrats are bad people.” Look, they have to generate energy among their base, because they know that eventually the bill comes due, and that this President has trampled rights of women, trampled rights of minorities and this November people get to pay back—and you know what they say about payback, it’s a pain in the neck, I think they say, or something like that.

Reverend Al Sharpton. Yeah they have several ways they say that sentence. Let me ask you, you’re on nationwide and certainly you’re on the ballot in November, you just had a huge victory in the primaries here, but for people listening around the country, you’ve been in politics all of your life and your father before you as Governor of New York, how important is this midterm election? You’ve been through many, what is the significance of this election, Governor Cuomo?

Governor Cuomo: It is everything. Look, every election is important and that’s true. I’ve never seen an election like this. You have the Senate, the Congress, the President all Republican, and not Republican—all extreme conservatives. Just saying Republican doesn’t fully describe their ideology. They are extreme conservatives. They just took over the Supreme Court. They never pretended that they were nominating jurists who were going to bring independent judgement. They said, “we have a list of 25 certified conservatives who will vote the right way, Mr. President. You pick from the list.” So, they have the Supreme Court, they have the President, Senate, Congress, they’re extreme conservatives and they want to impose their view on the world. And they want to impose their view on this country. And there is no check and there is no balance. And when they say they want to Roe v. Wade, they are serious. And you roll back Roe v. Wade, you take us back to 1973, a woman does not have the right to choose. They will roll back gun laws. New York, as you know, we passed the best gun laws in the country. This Supreme Court is totally capable of saying “no, that’s a violation of the Second Amendment, you can’t have state gun laws.” They can do that. All the issues that we’re concerned about, mass incarceration, public education—this is now all in their hands and they have total control. Either we get the Senate back, or we get the House back, or you have Donald Trump operating a freight train going 100 miles an hour. The wrong way. Taking people’s rights. Taking people’s liberties. Taking everything we have achieved over the past 50 years. That’s where they want to go. When they talk about making America great again, again—retrospective. You want to take us back to when? Ok, before Roe v. Wade, so that’s 1973. How far back do you want to take us? That is what they are doing. And they’re clear about it. They’ve never hidden their agenda, this is an extreme conservative agenda that we have never seen before. And they have total control and if we don’t get back at least some level of balance, at least the House in November, imagine what they’re going to do over the next two years.

Reverend Al Sharpton: So checks and balances as the founding fathers of this country had prescribed it is really at stake during this election.

Governor Cuomo: It’s not even balance, look—if we win just the House let’s say, that’s not balance, but at least you can slow them down a little bit. The Supreme Court to me was more frightening than anything, because the Supreme Court, they can do a lot damage there and there is nothing you can do about it. But at least with the House you can slow them down on legislation. But if the democrats don’t take the house, they are full speed ahead.

Reverend Al Sharpton: I think it is clear where you laid it out—very suspect with all the republicans that they could have had come speak 20 some odd days before the election, why they would invite this guy? You raise an excellent point, Governor.

Governor Cuomo: No, Reverend, it can’t be. It was either the dumbest act in political history or it was the most insidious act and it can’t be a coincidence that the President was saying the same thing at the same time.

Reverend Al Sharpton: Well, I’m listening to you and hearing this passion and I’m so happy how Governor Mario and I gave you your oratorical lessons