Governor Andrew M. Cuomo today issued a consumer alert warning New Yorkers about a bug in the Apple FaceTime app that reportedly allows users to receive audio and video from the device of the person they are calling even before the person has accepted or rejected the call. The Governor advised FaceTime users to temporarily disable the app until Apple issues a fix.

Update: Apple has disabled Group FaceTime after bug broadcast audio from recipient’s iPhone before they picked up. 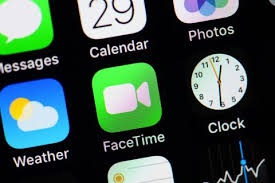 “The FaceTime bug is an egregious breach of privacy that puts New Yorkers at risk,” Governor Cuomo said. “In New York, we take consumer rights very seriously and I am deeply concerned by this irresponsible bug that can be exploited for unscrupulous purposes. In light of this bug, I advise New Yorkers to disable their FaceTime app until a fix is made available, and I urge Apple to release the fix without delay.”

According to media reports, the FaceTime bug exists on OS devices running iOS 12.1 or later. Users can temporarily disable the FaceTime app until a fix is released. To disable the app, open settings, select FaceTime and then shift the button to the off position.