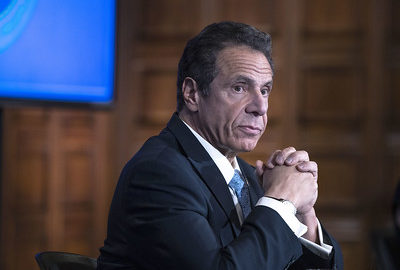 Governor Andrew M. Cuomo has issued a letter to New York’s Congressional Delegation calling on them to ensure $500 billion in unrestricted state aid is included in any Senate passed relief package.

The full text of the letter is available below:

Let me begin by thanking you for your time and attention on behalf of the people of our state during this COVID pandemic. As I’m sure you agree, government performance is more vital today than in decades.

The HEALS Act that you are currently considering is critical to New York. As you know the National Governors Association has called for $500 billion in unrestricted state aid. Many notable economists have opined that without state and local aid the national economy will suffer and a recession is possible. As you also know the past CARES Act distributed aid by a funding formula that was politically driven to favor Republican states and painful for New York.

The legislation will actually de facto establish the state’s budget. The state legislature passed a budget this year constructed to rely on the federal aid you provide. As you know, New York State has a $14 billion revenue shortfall in the current fiscal year and $16 billion in 2022 as a direct result of the pandemic and without additional federal aid we will need to reduce funding for hospitals, schools and local governments by 20%. To the extent the federal legislation provides the state with funding, will be the extent of the reduction in that 20% cut. For example, if the state receives the $14 billion requested, we could fully fund the budget for one year (2021). Likewise, if the state receives $7 billion, schools, hospitals and local governments will be cut 10%. The current Republican Senate bill requires full funding for education. If New York State does not receive at least the $14 billion for 2021 and $16 billion for 2022, but must fully fund education, there will be a greater cut to hospitals and local governments. It is zero sum game. In the absence of full funding for the revenue shortfall, full funding for education will require additional cuts above the 20% for hospitals, local governments and not-for-profits.

For the sake of clarity let me provide more details on the relevance of the republican proposed HEALS Act:

The MTA has a $12 billion deficit and without funding would have to raise tolls and fares.

The Port Authority is funded by travel related activities and has suffered a $3 billion loss. Without Federal assistance construction at LaGuardia and John F. Kennedy Airport and other improvements could very well be stopped or delayed.

The HEALS Act will also determine New Yorkers’ property tax. I applaud the HEROES Act proposed by the House of Representatives, Speaker Pelosi and the New York Members. It is essential that the Senate include the HEROES Act provision on the repeal of SALT in the final bill. The Federal SALT provision passed in 2017 was effectively a theft from the people of the State of New York. That Federal action alone is costing New Yorkers as much as $15 billion in additional federal taxes, an average cost of $8,700 impacted New Yorkers. Repealing SALT in the bill is essential. I have publicly called on you to vote against any bill that does not include the SALT reform included in the House bill. New Yorkers have heard too many excuses for too long.

We have learned from the past COVID-19 relief legislation that the Federal Government allocating aid to individual hospitals, schools and local governments has been arbitrary and disproportionate. While I understand the political desire to deliver assistance it has not served New York State well. Funding has been unfair and uneven. The state is in a better position to make more informed decisions, therefore we call on you once again to ensure $500 billion in unrestricted state aid in any Senate passed relief package.

This next COVID-19 relief legislation is the most important piece of federal legislation during my years as Governor. It will have unprecedented impact on the State of New York. When this legislation is passed it will inform schools, hospitals, local government, the MTA, Port Authority and taxpayers their prospects for the year.

My office is available to provide any information you may need and is providing information to Senator Schumer as Minority Leader of the Senate and Congresswoman Lowey, Chair of the House Appropriations Committee.

I look forward to working with you on this important legislation.