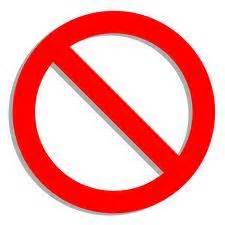 Governor Andrew M. Cuomo today launched the “No Excuses” campaign aimed at curbing underage drinking in New York. The statewide education campaign includes the distribution of more than 15,000 display materials, in Spanish and English, to restaurants and liquor stores across the state.

“Far too many times we’ve witnessed the dangers of underage drinking and the tragic and life-altering consequences that come with it,” Governor Cuomo said. “With prom and graduation season just around the corner, this campaign sends the message that this reckless behavior just isn’t worth it.”

The New York State Liquor Authority in conjunction with the Foundation for Advancing Alcohol Responsibility kicked off the statewide campaign ahead of prom and graduation season and began the distribution of thousands of display materials to liquor licensees throughout New York. The groups are hosting launch events with spirits retailers in Albany, Buffalo, New York City and Rochester, with participation by local law enforcement officials, who are on the front lines in combating underage drinking.

Members from all levels of the spirits industry came together for the “No Excuses” effort. Responsibility.org represents the country’s leading distillers, and wholesale partners include Southern Wine & Spirits and Empire Merchants. The following retail associations are also involved in the campaign:

“One bad decision, like using a fake ID at a bar or getting behind the wheel of a car after a few drinks, can have lifelong consequences, which is why it’s important we continue to work together to raise awareness and keep alcohol out of the hands of young adults,” NYS DMV Executive Deputy Commissioner and Acting Chair of the Governor’s Traffic Safety Committee Terri Egan said. “DMV and GTSC are proud to partner with SLA on the ‘No Excuses’ campaign, and in other events and joint investigations throughout the year, with the common goal of deterring underage drinking and keeping New Yorkers safe.” 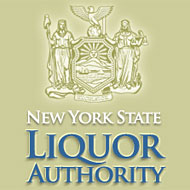 During Operation Prevent sweeps, DMV investigators work year-round with local law enforcement and in targeted details with the SLA to check identification documents and keep underage patrons from obtaining alcohol at bars, drinking establishments, convenience stores, concerts, and events. Governor Cuomo announced in January that Operation Prevent efforts in 2015 resulted in nearly 760 arrests and the seizure of more than 750 fraudulent documents.

The Foundation for Advancing Alcohol Responsibility is a national not-for-profit that leads the fight to eliminate drunk driving and underage drinking to learn more, visit: Responsibility.org.