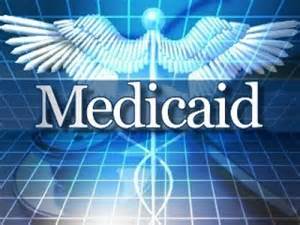 New York is First in the Nation to Request Federal Approval to Provide High-Need Individuals with Medicaid Coverage 30 Days Prior to Release to Avoid Relapse & Recidivism
Governor Andrew M. Cuomo today announced that New York State will seek federal approval to provide Medicaid coverage to incarcerated individuals with serious behavioral and physical health conditions prior to release. The program would ensure a smooth transition back into society for thousands of formerly incarcerated individuals and help reduce the rate of relapse and recidivism in communities across the state. The Medicaid coverage would apply to certain medical, pharmaceutical and home health care coordination services.

“We know that many people leaving our jails and prisons have serious mental health and substance use problems,” Governor Cuomo said. “It makes little sense to send them back into the community with our fingers crossed that they will be able to find the help they need. This initiative bridges the gap, providing essential transitional health services while also ensuring a smooth re-entry period and increasing public safety in communities statewide.”

The State Department of Health has engaged with the federal government and is in the process of finalizing a waiver request with the Centers for Medicare and Medicaid Services. If the request is granted, the state would use Medicaid funding to pay for essential coordination and services in the 30 days before release.

The program would aid thousands of individuals who are dependent on critical support services – including mental health and prescription addiction medications – to ensure Medicaid coverage is accessible upon release and carried with them into the community. The initiative will also help to avoid expensive acute care interventions in emergency rooms, drug overdose and relapse incidents, and higher rates of recidivism.

The state expects to see cost savings in future years, as the coverage will ensure greater continuity of care and less emergency admissions due to relapses in chronic conditions. The primary purpose of the waiver, however, remains to better connect these individuals to the outside healthcare system and prevent any unforeseen barriers that may otherwise impede their access to health coverage both in the short and long term.

In 2015, the Governor’s Council on Community Re-Entry and Reintegration recommended expanding health care coverage for formerly incarcerated individuals as part of a series of best practices identified by the workgroup. The authority for this initiative was also included in the FY 2016-17 State Budget, and builds on federal and New York State efforts to reduce rates of incarceration and recidivism, combat the opioid epidemic and other substance use disorders, and improve community-based mental health care.

Numerous federal and state studies have shown that formerly incarcerated individuals are more susceptible to drug overdose and hospitalization than other residents statewide. In fact, one in 70 formerly incarcerated individuals are hospitalized within a week of release from prison or jail, and one in 12 are hospitalized within 90 days. Sadly, many former inmates do not even survive re-entry. For example, a Washington State study found that the overall risk of death among former prisoners was 12.7 times the risk of death among other state residents during the first two weeks immediately following release. The risk of death from drug overdose during the first two weeks after release was 129 times that of other state residents. (For more information, click here or here).

New York State Health Commissioner Dr. Howard Zucker said, “For inmates with serious physical and behavioral health conditions, the transition into the community can cause a lapse in health care with potentially devastating and costly consequences. By providing them with Medicaid coverage before they leave the jail or prison, they’ll be able to get the medical care they need as soon as they re-enter the community.”