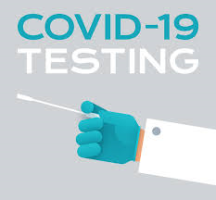 Hospitalizations Drop to 4,486; First Day Below 4,500 Since December 5; 52% Decrease Since Mid-January Peak

“The vaccine is the weapon that will win the war and is critical to stopping COVID in its tracks, but New Yorkers should also practice the safe behaviors that have made a huge difference in our ability to slow the spread,” Governor Cuomo said. “We’re opening new vaccination sites and getting shots in arms across the state, but we’re going to need more supply to reach a bigger portion of the population. In the meantime, New Yorkers should wear masks, wash their hands and stay socially distanced. New York has come a long way in the footrace between the infection rate and the vaccination rate, and although we’re making progress every day, we need New Yorkers to stay safe until we defeat the COVID beast.”

Of the 1,728,406 total individuals who tested positive for the virus, the geographic breakdown is as follows:

Yesterday, 62 New Yorkers died due to COVID-19 in New York State, bringing the total to 39,527. A geographic breakdown is as follows, by county of residence: