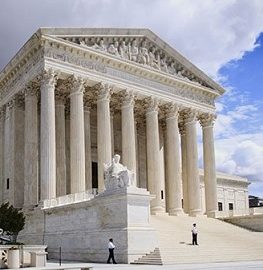 Governor Cuomo on Janus: “The Supreme Court just did what Republicans and big business have sought to do for years—attempt to undermine the strength of the labor movement. But not here in New York. Not now, not never.”

The Supreme Court’s Janus decision delivers a victory to extreme conservatives and billionaires intent on diminishing the power of organized labor. This case was a long-sought goal in their ongoing war to weaken the voice of working men and women across the country.

In deciding Janus, the Supreme Court opined that the First Amendment shields individuals from involuntary payments that may subsequently support political messaging that is counter to one’s personal views – but that reasoning is a smoke screen disguising the reality. Non-members are already afforded protections from such instances, and can be reimbursed for any money spent on political activities. At the same time, unions represent every single employee while negotiating collective bargaining agreements, including hourly rates, health insurance and other benefits.

The Supreme Court just did what Republicans and big business have sought to do for years—attempt to undermine the strength of the labor movement. But not here in New York. Not now, not never.

Let me be very clear: the flame of the labor movement burns stronger than ever here in New York. And so long as I am governor of the State of New York, the labor movement will continue to deliver on the promise of the American Dream.

New York is a union state. The labor movement was born here more than a century ago, when in the wake of the Triangle Shirtwaist Factory fire New York became the first state to enact laws protecting workers. And it has continued to thrive in New York: today we are proud to have the highest rate of union membership in the country – more than double the national rate.

I learned the value of unions from my father. He believed that labor was the number-one force for good in this state, because it gave voice to the voiceless and empowered working New Yorkers to demand safe conditions and take on corporate greed. He saw unions not as adversaries but as partners in his effort to build a fairer and more equal society. 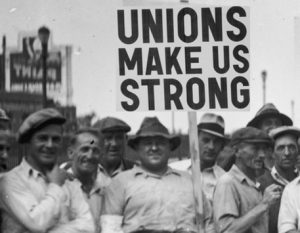 Conservative Republicans today and those behind the Janus case want to demonize labor as an enemy to economic progress and a relic of the past. Nothing could be further from the truth. From 1940 to 1970, when unions were at their peak, inequality fell while the economy grew. As unions declined, the gap between rich and working class has grown wider even as the economy continues to grow. For millions of young people entering the workforce, the American Dream is receding as the rich get richer, and working conditions deteriorate.

In New York, we value labor because we know it represents the best of who we are. It’s teachers preparing our children for their futures. It’s nurses and health care workers who have dedicated their lives to saving others. It’s state employees clearing our roads, keeping our parks open and serving our communities. It’s local police, keeping our streets safe. It’s builders constructing the 21st-century infrastructure that will carry our economy forward.

We also know that labor is the greatest change agent this nation has ever known. As the voice of working people, labor built the middle class and advanced the great progressive achievements that we take for granted today — victories like the Social Security Act, the Fair Labor Standards Act establishing the 40-hour work week, setting a minimum wage and prohibiting child labor, the Equal Pay Act banning gender wage discrimination, and the Occupational Safety and Health Act.

None of these breakthroughs was served up on a silver platter. They were the result of determined negotiations, representing the aspirations of millions of men and women to receive their fair share of the American Dream.

Nor should we forget the key role the labor movement has played in other crusades for social justice, like the civil rights movement. In the words of Dr. Martin Luther King Jr., “The labor movement did not diminish the strength of the nation but enlarged it. By raising the living standards of millions, labor miraculously created a market for industry and lifted the whole nation to undreamed of levels of production. Those who attack labor forget these simple truths, but history remembers them

While the federal government tries to take labor backward, we are moving forward with our historic pro-labor agenda. We have put working men and women first by enforcing the prevailing wage, promoting project labor agreements and combating exploitation of workers in any and every industry. Last year we passed legislation to allow union members to deduct their dues from state taxes. And in anticipation of the Supreme Court’s ruling, we passed earlier this year the nation’s first legislation to protect union membership in our public-sector workplaces.

We are also working with organized labor on additional legislation to ensure that right-wing groups cannot target workers using their personal information. In today’s climate, public-sector workers like law enforcement officers and teachers should not have to worry that their personal information will be used against them. Preventing the harassment and intimidation of workers who are engaged in union activities or looking to unionize is vital to the labor movement. While the Janus decision attempts to undermines worker safety and privacy, we will step in to prevent this from happening. Union busting will not be tolerated in New York State.

The Janus decision was the result of years of planning at right-wing conferences, funded by billionaires, to strip away protections that cost them money. But American history proves that the future belongs to those who are willing to work for it. We will continue to do everything in our power to protect and strengthen organized labor. Together, we can build a better American Dream than the impoverished one outlined by this decision. In the state of New York, the future of labor is bright.

This op-ed was published by the New York Daily News and is available here.