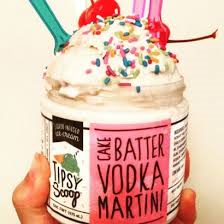 “The craft beverage industry has experienced explosive growth in New York and with that comes a responsibility to advance regulations that help ensure long-term viability, protect consumers and provide farmers with opportunities to increase their business,” Governor Cuomo said. “This legislation will further grow a burgeoning industry and boost small businesses while helping to put them on a path of sustained growth that empowers both producers and consumers.” 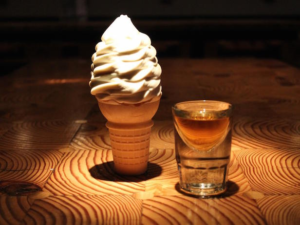 The measure would limit the percentage of alcohol in ice cream to not more than 5 percent of alcohol by volume, and would require the same product labeling and warning statements similar to confectionary that contain wine, beer or cider.

Senator Rachel May said, “New Yorkers are already able to responsibly enjoy beer, wine, and cider infused ice creams. Thanks to this bill, vendors will now be able to offer their customers another delicious treat. This legislation will help New York’s dairy industry and our liquor and craft beverage industries at the same time. I am very grateful to the Governor for signing this into law, and I look forward to sharing some maple bourbon ice cream with him at next year’s State Fair!”

Recognizing the value that craft manufacturers have for not just their own businesses, but for the State’s entire economy, Governor Cuomo has worked to create new licenses, modernize laws, relax regulations, cut taxes, eliminate fees and launch innovative promotional campaigns to make it easier to start and grow new craft manufacturing businesses. Since the Governor’s first Wine, Beer and Spirits Summit, the number of farm-based licenses has increased by over 190 percent, from 282 in October 2012 to 823 today.

New York now ranks in the top five in the U.S. for its number of craft beverage producers in every category. The state ranks first in U.S. for the number of hard cider producers, second in craft breweries and distilleries, and fourth in the country for the total number of wineries.