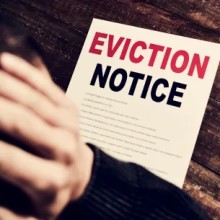 New York State Has Requested $996 Million in Additional Federal Funding from the U.S. Department of Treasury

Program Has Either Obligated or Paid More Than $2 Billion in Rental Assistance, Covering Roughly 165,000 Applications to the Program, Including Over 81,000 Direct Payments to Landlords

17 Members of New York State’s Congressional Delegation Have Submitted a Letter to the U.S. Treasury in Support of the Application; Read Their Letter Here

“From the start of my administration, I pledged to get federal rental relief money to New Yorkers still recovering from the pandemic. While New York accelerated getting rent relief out the door and moved from the back of the pack to the front amongst other states, there are still many individuals in need of assistance,” Governor Hochul said. “I thank Congresswoman Kathleen Rice and the entire Congressional Delegation for their support. New York has demonstrated both a need for this funding and an ability to distribute it, which is why we believe New York is well positioned to receive any additional assistance that may come available through the Treasury’s forthcoming reallocation.”

The program began accepting applications on June 1 and has since received more than 280,000 applications. After OTDA issued the first direct payments to landlords in mid-July, payments accelerated under Governor Hochul.

In total, the program has either obligated or paid more than $2 billion in rental assistance, covering roughly 165,000 applications to the program, including over 81,000 direct payments to landlords. Last month, the Office of Temporary and Disability Assistance warned that the program’s federal funding was almost entirely committed, except in limited areas where allocations have not yet been exhausted.

Absent additional federal assistance, the program will be unable to fulfill many pending funding requests. Recognizing this as a looming concern, Governor Hochul first contacted the U.S. Treasury to request additional funding in late September, indicating the need and the state’s intention formally apply for more funding. Led by Congresswoman Rice, 17 members of the New York State Congressional delegation have submitted a letter to the U.S. Treasury in support of this application.

OTDA Executive Deputy Commissioner Barbara Guinn said, “Clearly the demand for rental assistance across New York State is far outstripping the amount of funding we have available. I applaud Governor Hochul for recognizing this early on, making this program a priority of her administration, and taking swift action to ensure New York State is in a position to receive any funds reallocated by the federal government.”

Senator Chuck Schumer said, “New York tenants suffer from a double whammy: they were hit hardest by COVID and they pay some of the highest rents. That is why I championed and delivered billions in aid that went directly to tenants and building owners to prevent mass evictions, and homelessness, and overwhelming debt. But the scale of New York’s tenant needs means that without additional rental assistance funds reallocated by the Treasury Department, New York will almost certainly see additional evictions that could be prevented. So, I am strongly urging the administration to redirect additional aid to New York, as Congress intended, from the unused funds we have already appropriated.”

Followed by Senator Kirsten Gillibrand who said, “Even as we continue to recover from the COVID-19 pandemic, thousands of New Yorkers and millions nationwide are still struggling to pay their rent and keep a roof over their heads. I urge all eligible New Yorkers to apply for rental assistance through the Emergency Rental Assistance Program and I will continue fighting for federal relief to protect renters, ease the ongoing housing crisis and ensure that every New Yorker has a place to call home.”

New York State is among the leaders in payments made or obligated, according to the National Low Income Housing Coalition, which tracks the state-by-state implementation of ERAP.