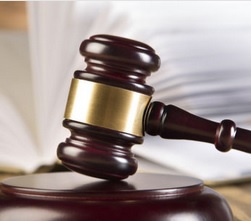 Legislation (S.282/A.6769) Allows Individuals Who Were Convicted Of A Crime and Eligible for Youthful Offender Status But Initially Denied the Designation, to Reapply For Retroactive Designation

“Far too many New Yorkers who made poor choices at a young age are forced to deal with the lifelong consequences of criminal convictions that deny them a second chance at a productive, fulfilling life,” Governor Hochul said. “Communities thrive when every member has the opportunity to contribute and it’s time for New York to make the changes necessary for ensuring everybody has a fair shot at success. Thanks to this legislation, we can now support those who have learned from their mistakes by doing away with the stigma of a criminal conviction, and giving them the opportunity to get back on their feet.”

For those convicted of a crime when they are under the age of 19, New York’s Youthful Offender law provides the opportunity for their conviction to be replaced by a confidential, non-criminal adjudication and reduced prison sentence. A criminal record has lasting effects, including societal bias and limited access to employment – two significant barriers to rehabilitation that dramatically increase the likelihood of recidivism. Many of those under the age of 19 when convicted and eligible for youthful offender status are still not granted it. This legislation allows those who were not granted that designation and who have not been convicted of another crime in at least five years since their original sentence to apply for retroactive designation of youthful offender status.

Senator Zellnor Myrie said, “Our communities are stronger and safer when people have a fair shot at a second chance. Young people often carry the consequences of a criminal conviction for a lifetime, and this legislation would allow them to apply to the sentencing court for a new determination of youthful offender status. I’m grateful to Governor Hochul, Assemblymember Hyndman and the many advocates and activists who shared their stories, and I look forward to continuing the fight for fairness, safety and a justice system that lives up to our highest ideals.”

Assemblymember Alicia Hyndman added, “Youth should be treated just as such in our legal system. This legislation becoming law will give individuals convicted before turning 19 years of age, a crucial second chance to leave the stigma of a criminal record behind. I would like to acknowledge my colleague Aravella Simotas for her relentless advocacy for this legislation over the years.”