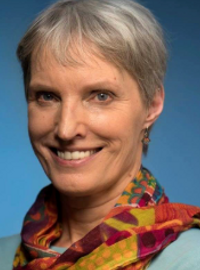 Currently, any citation issued to a property owner for a violation of the uniform code has a 30 day “cure” period for the property owner to correct the issue before being subject to any fines. After the cure period, the court may levy fines of up to $1000 per day that the violation continues uncured. However, these fines can technically be as low as a single cent. Far too often, municipalities are allowing code violations to languish for several months with token fines that are seen as the cost of doing business for owners.

The goal is to ensure not just compliance with building codes, but timely compliance. Allowing violations to continue in perpetuity with little to no consequence for property owners can carry grave consequences for residents and first responders. This law forces municipalities to prioritize code enforcement and to root out a culture of poor compliance.

“Across New York, many renters live under absentee landlords and fear that landlords will retaliate if they report code violations in their homes. This legislation has the teeth to hold repeat offenders accountable for their bad management practices by implementing increasing fines for failure to fix existing issues in their current properties. Everyone deserves a safe and healthy place to call home. I am proud to have worked with Assemblymember Zebrowski and Governor Hochul to make these important changes,” said Senator May.

“While the $1000 a day maximum is a severe penalty, the truth is, it is almost never used. In fact, far too many violations can languish for months or years without any fines actually being levied. By establishing mandatory minimum fines, this new law will ensure some financial penalties start to accrue after a violation remains unabated. It is well past time for the culture of ‘build now, ask for forgiveness later’ to end. Whether it’s in Rockland or across New York State, this attitude is putting the lives of residents and first responders at risk. Continually violating the building code is reckless and property owners must be held accountable. Ensuring there are repercussions to these unscrupulous property owners does just that. Thank you to Governor Hochul for signing this important legislation and my colleague Senator May for her partnership in getting this done,” said Assemblyman Zebrowski.